Download BMW M3 car wallpapers in 4K for your desktop, phone or tablet. All images belong to their respective owners and are free for personal use only. 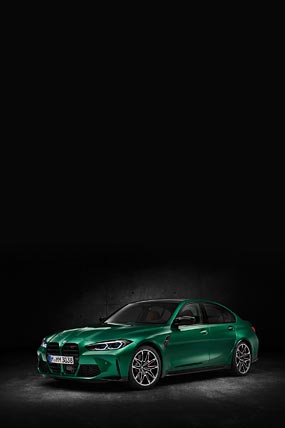 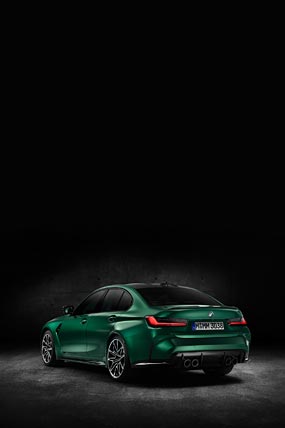 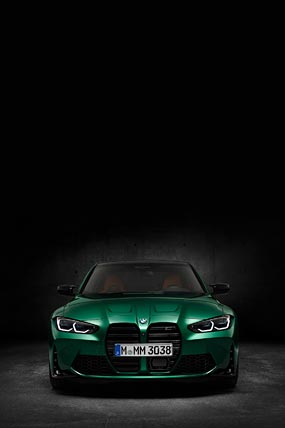 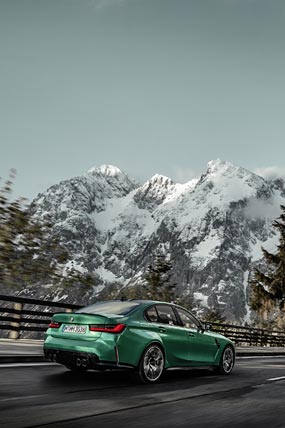 The new BMW M3 has finally arrived, keeping the familiar formula of an inline 6 powered, rear drive sedan. Sporting a fresh new look, which does include BMW's new grille design, The new M3 took a while to materialise after the current 3-Series generation was released a couple of years ago. It seems BMW were waiting for the 4-Series to launch and then to bring both the M3 and M4 version to market together.

The engine is BMW's S58 3.0L twin turbocharged inline 6 that develops 503 hp in the full competition package and drops to 473 hp for the regular M3. Peak torque is rated at 650 Nm between 2,750 and 5,500 rpm, with those two figures representing a 59 hp and 100 Nm jump from over the previous generation. Acceleration has improved slightly with a reduction of 0.1 seconds for the 0-62 mph sprint, a time that despite the extra power and torque is held back slightly by the heavier kerb weight. At launch the M3 will sick to the traditional rear-wheel drive layout, but BMW are planning to launch an all-wheel drive version in mid 2021, a plan that will increase weight even more.

Also on cards for this generation M3 is the release of a touring model for the first time, an exciting proposition for fans of performance wagon's.