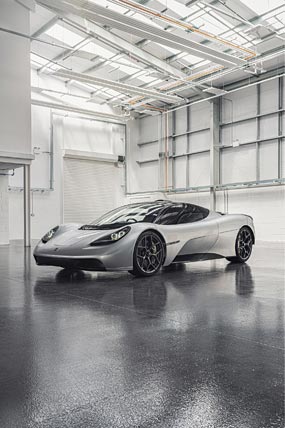 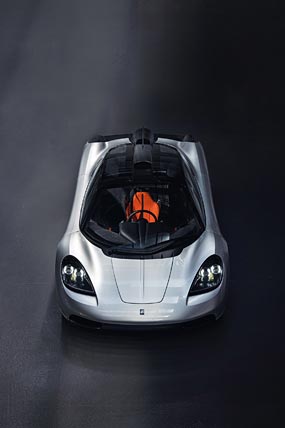 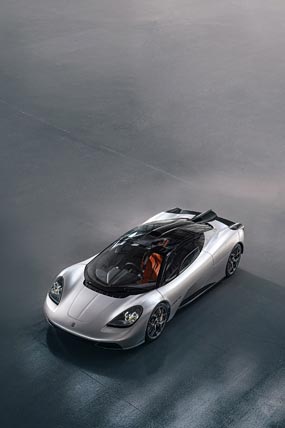 Is this the true successor to the McLaren F1? Gordon Murray has revealed his own supercar called the T.50, perhaps the last analogue supercar with a high revving V12 and extremely low weight. As an engineer who developed his skills in Formula 1, Gordon Murray was the key man behind perhaps the greatest supercar of all time, the McLaren F1. Now more than 25 years later, Gordon Murray Automotive is here with their first ever car the T.50.

A totally bespoke creation, the T.50 was designed without compromise all in the effort to create the perfect driver's car. A carbon fiber chassis underpins the whole car which uses a central seating layout just like the F1, where the driving position is dead center and two seats either side that are position further back for passengers. The key ingredient to the construction of the T.50 is lots and lots of carbon fiber, with Gordon Murray able to get the kerb weight down to an astonishing 2,176 lbs, a real featherweight compared to todays heavy battery laden EV's.

On to the powertrain and what a delight it is to see a high revving naturally aspirated V12. 4.0L in capacity, this V12 was developed with Cosworth and uses a 14:1 compression ratio with a 81.5mm bore and 63.8mm stroke, 65-degree cylinder-bank angle and revs to an incredible 12,100 rpm. Peak power arrives at 11,500 rpm and is rated at 663 PS (488 kW) with 345 lb-ft (468 Nm) of torque. Certainly not the most powerful supercar available, but in combination with it's low weight the T.50 can boast a better power-to-weight ratio than the Aston Martin Valkyrie.