Download Honda E car wallpapers in 4K for your desktop, phone or tablet. All images belong to their respective owners and are free for personal use only. 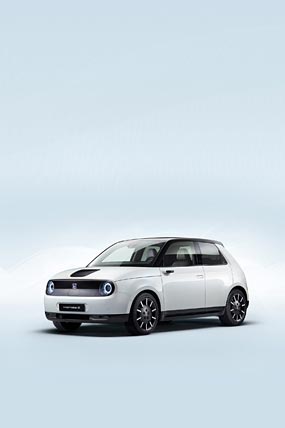 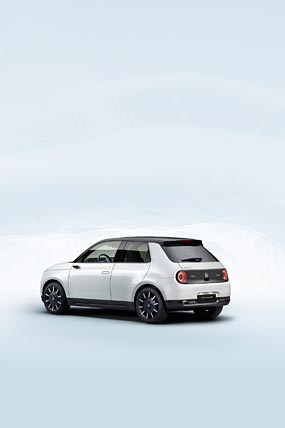 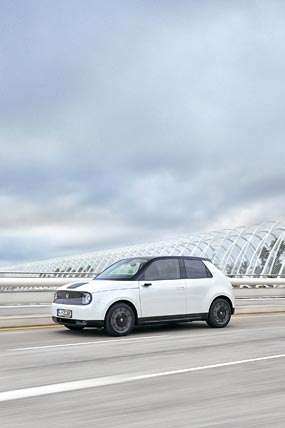 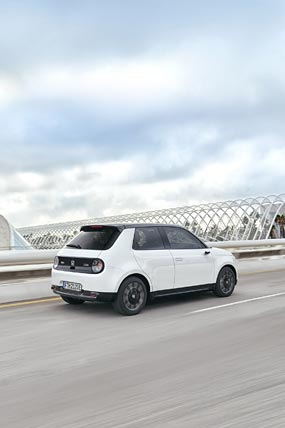 Since it's initial reveal in concept form in 2017, Honda has captured the hearts of many with the modern-retro styling of the Honda E. 2020 sees the launch of the production version, which has arrived with tweaked styling that still retains the core essence of the original concept.

The E is Honda's first battery electric vehicle after the company was one of the fore runners in hybrid technology. It has been designed for city driving with a compact form and adequate performance but some what lacking range. That range is calculated at 137 miles for the base model or 131 miles for the Advance model, which sees a reduction due to it's larger 17-inch wheels. The Advance also gets a slightly more powerful electric motor with 154 PS (113 kW) of power compared to the base model's 136 PS (100 kW). Both configurations have the same 232 lb-ft (315 Nm) of torque.

Perhaps of most interest is the Honda E's lack of side mirrors, with the Japanese brand opting to use cameras instead. This has the benefit of reducing the total width of the car making traversing tight laneways easier, and also reducing wind resistance and therefore increasing range, which let's be honest the E needs all the help it can get. The screens are mounted inside the car on either end of a giant array of screens which stretches the length of the dash.