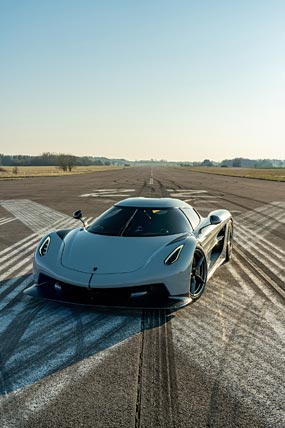 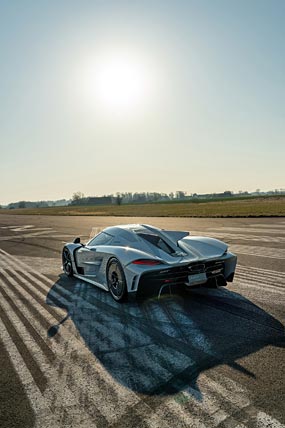 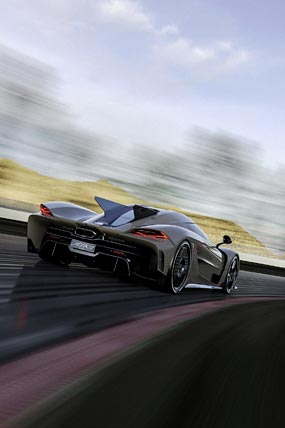 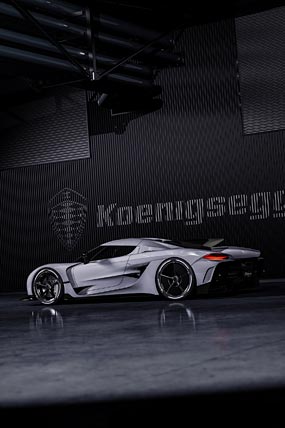 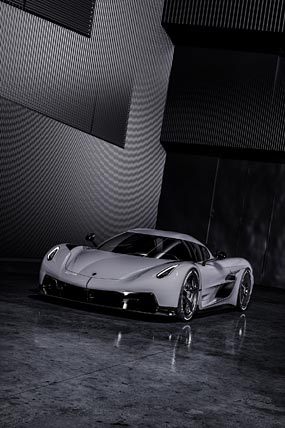 Koenigsegg have developed a low-drag higher top speed version of the Jesko, called the Absolut. The race to 300 mph was kind of won by Bugatti in 2019, when they officially recorded a speed of 304 mph in a modified Chiron. The caveat being that it wasn't a production version Chiron, so does it count? Now Koenigsegg are gunning to break that record with the Jesko Absolut, claiming a potential top speed of 310 mph and the possibility to go even higher.

To achieve that goal, the Jesko has undergone some aerodynamic changes in an effort to reduce drag and become more slippery through the air. The large rear wing has been re-designed to form two strakes protruding out from the rear window, and act as a stabiliser at high speed. The whole rear end has been extended to further aid in stability, and the rear wheel now feature low drag covers. Finally the front arch louvres and bonnet vents have been removed and the ride height has been lowered.

All those changes have resulted in a 0.278Cd drag coefficient for the Jesko Absolut. A great result when compared to the 0.36Cd rating for the Bugatti Chiron.