Download Toyota Sera car wallpapers in 4K for your desktop, phone or tablet. All images belong to their respective owners and are free for personal use only. 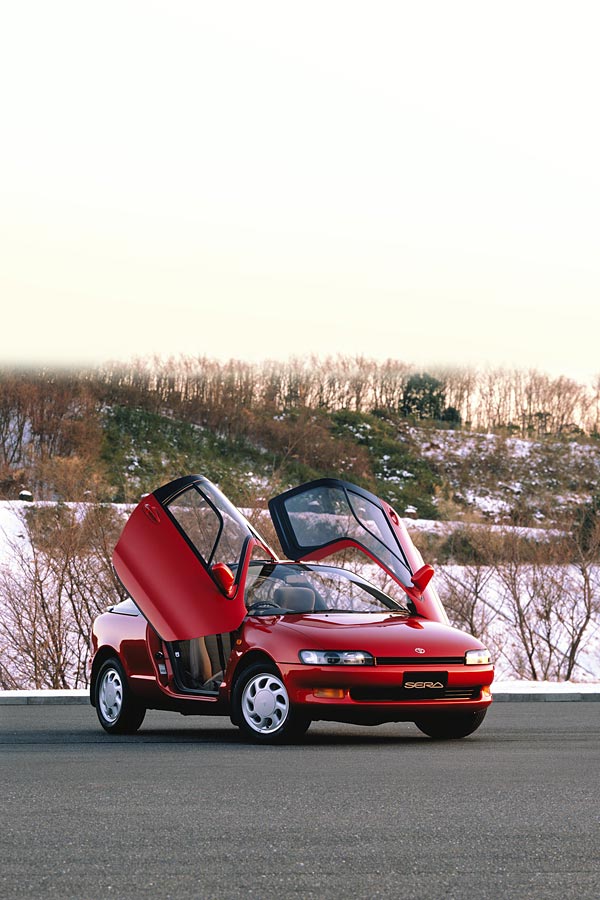 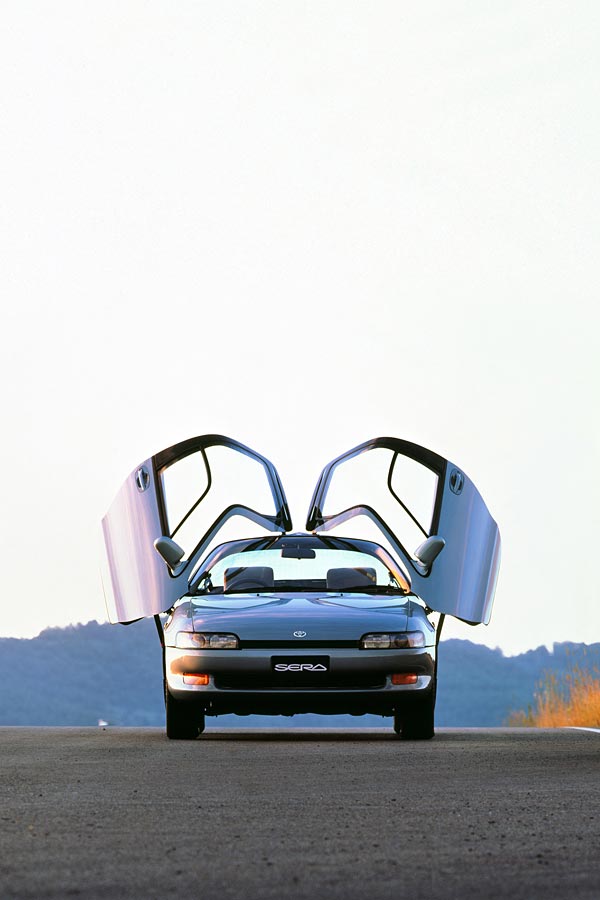 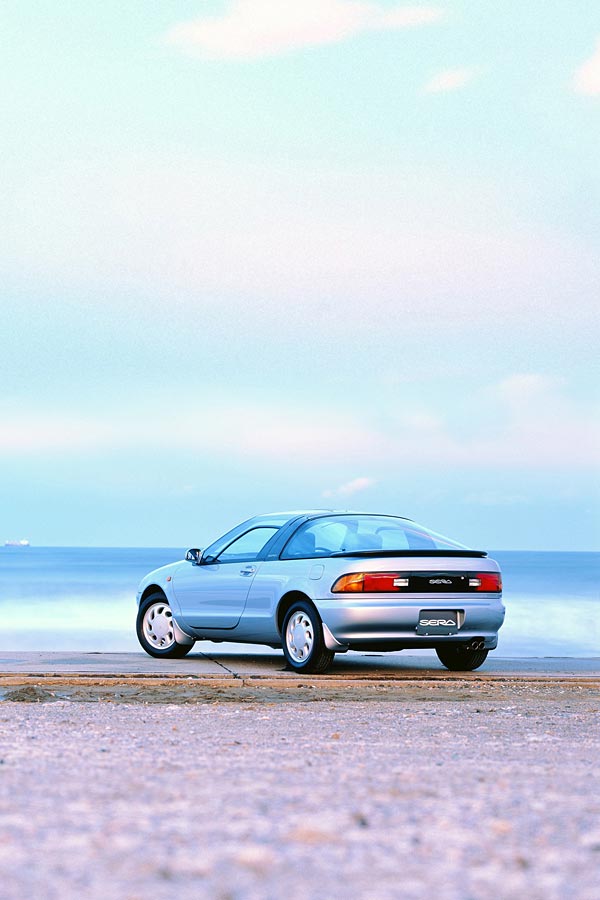 A 3-door 2+2 hatchback coupe, the Toyota Sera is well known for it's majority glass roof canopy and butterfly doors. Built between 1990 and 1995, 15,852 units were made in total for the Japanese market where the Sera was marketed as an alternative to the Toyota MR2. Featuring a monocoque steel construction, the striking butterfly doors tilt up and forward when open, with hinges at the top center of the windscreen and bottom of the A pillar. Gordon Murray would later quote he was inspired by the Sera's doors when designing the McLaren F1.

Only one engine configuration was offered throughout the Sera's lifespan, a 1.5L inline 4 unit codenamed 5E-FHE. Peak power was rated at 108 hp, and peak torque at 132 Nm. Not much by today's standards but with only a small 930 kilograms of weight to lug around, the Sera made do nicely. Transmission options consisted of a 5-speed for the manual and a 4-speed for the automatic. Three slightly different versions of the car were released in it's lifetime designated by phases. Phase I was made between 1990 and 1991 and included the majority of total units made, whilst the Phase II was offered between 1991 and 1992 with Phase III then going from 1992 until 1995. Differences mostly consisted of minor changes to the interior, with the major mechanical elements remaining the same.