Download Acura Legend Coupe car wallpapers in HD for your desktop, phone or tablet. All images belong to their respective owners and are free for personal use only. 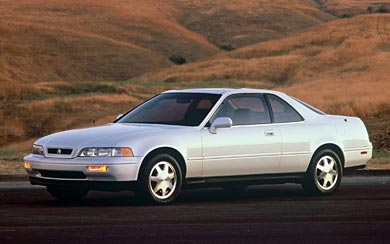 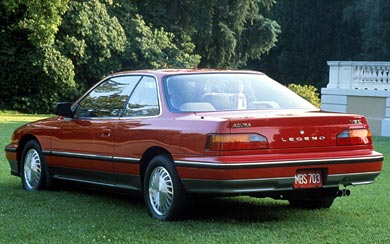 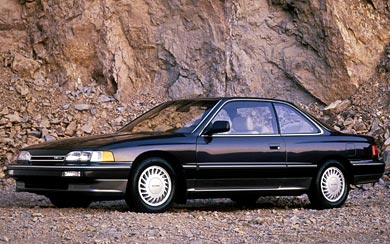 The Legend was the first production Honda vehicle to offer a V6 engine as a result of a joint venture with Britain's Austin Rover Group called Project XX that started in November 1981. The Rover Company had a long established reputation as a luxury car in the United Kingdom and Europe, demonstrated with the Rover P6, and Honda wanted to introduce a luxury car for both domestic Japanese and the United States markets. The joint development produced the Legend and the corresponding British version was the Rover 800-series, which was badged under the Sterling brand in the United States and competed with the Legend.

When the Legend was introduced, Honda's newly established luxury car division just for the Legend was called Acura, using the advertising slogan "Precision Crafted Performance", and the Legend was offered with one factory installed option, the choice of transmission used, and one trim level. In the 1986 sales brochure, the Legend's full name used was "Legend Touring Sedan". The vehicle was virtually identical in luxury content to the Japanese market V6Zi, but was identical in size and the longer overall length of the top level V6Xi to comply with United States crash standards, using the larger 2.5 V6 engine. The Legend went no to win Car and Driver's Ten Best three years in a row and Motor Trend's Import Car of the Year for 1987.