Download Acura NSX T car wallpapers in HD for your desktop, phone or tablet. All images belong to their respective owners and are free for personal use only. 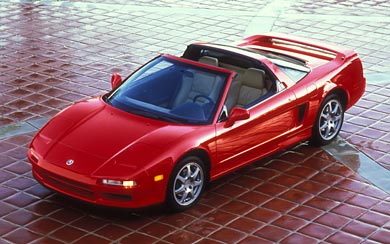 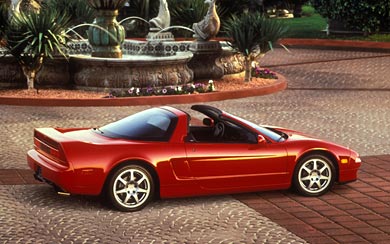 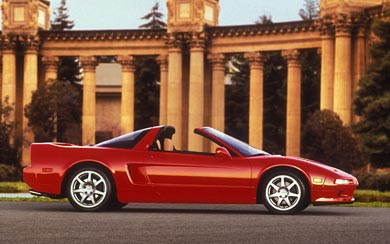 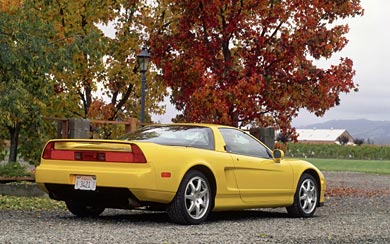 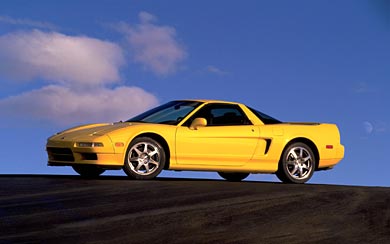 Beginning in 1995, the NSX-T with a removable targa top was introduced in Japan as a special order option and in North America in March 1995. The NSX-T replaced the standard coupe entirely in North America as the only version available post 1994 and all NSXs thereafter were in targa form with the notable exceptions of the Zanardi Special Edition NSX in 1999 and a handful of special order post-1997/pre-2002 3.2-litre coupes. The European market continued to offer both body styles.

The removable roof resulted in decreased chassis rigidity and Honda added about 100 pounds (45 kg) of structural reinforcements to compensate, including significantly thicker frame sidesill rocker panels (the body component which contributes most to the chassis's rigidity), bulkheads, roof pillars and the addition of new front/rear bulkhead and floorpan crossmembers. The targa models, produced for the rest of the NSX's production run thru 2005, sacrificed weight and some of the original coupe's chassis rigidity in return for an open cockpit driving experience.