Download Acura Precision Concept car wallpapers in HD for your desktop, phone or tablet. All images belong to their respective owners and are free for personal use only. 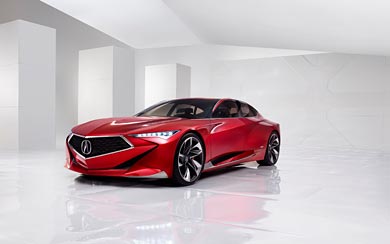 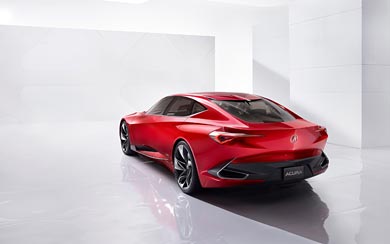 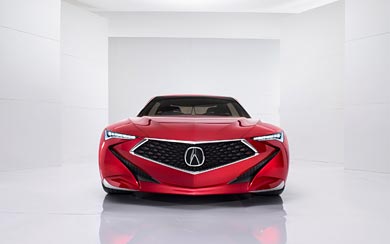 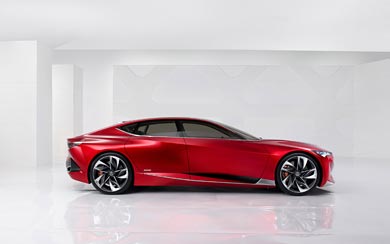 The Acura Precision Concept model made its world debut at the 2016 North American International Auto Show, pointing toward a bolder, more distinctive future for Acura vehicle design. The Acura Precision Concept was developed by the Acura Design Studio in California to express the Acura brand DNA of “Precision Crafted Performance.” A key design theme, dubbed “quantum continuum,” is seen in the seamless transition of materials and structure from the exterior to the interior of the vehicle.

The crouched and athletic stance is further emphasized by the deeply sculpted side surfaces pouring over swelling rear wheel arches covering 22-inch wheels and tires. The forward-looking concept also features signature lighting designs – in front with its Jewel Constellation LED headlights composed of organically arranged fractal elements, and in back with floating LED taillights. With an emphasis on high-contrast details and the intersection of modern, sheer surfaces and muscular, organic sculpting, the Acura Precision Concept communicates Acura’s focus on performance and prestige through its ultra-low and wide stance, long dash-to-axle ratio, deeply sculpted surfaces and the debut of a new Diamond Pentagon grille.

“There is no more clear promise for the Acura brand than Precision Crafted Performance,” said Jon Ikeda, vice president and general manager of Acura. “We’re committed to infusing this core Acura promise into every facet of our products and every aspect of our relationship with the customer.”