Download Acura Type S Concept car wallpapers in HD for your desktop, phone or tablet. All images belong to their respective owners and are free for personal use only. 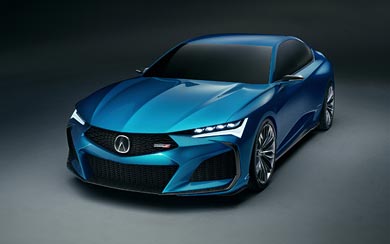 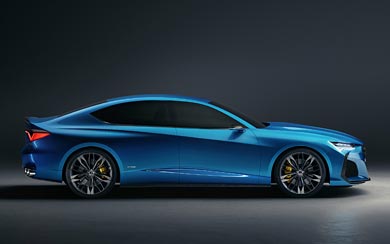 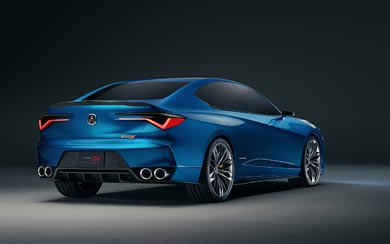 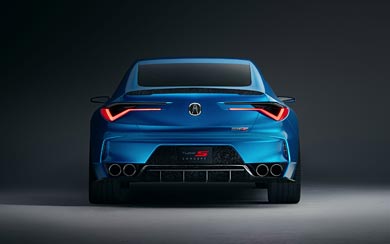 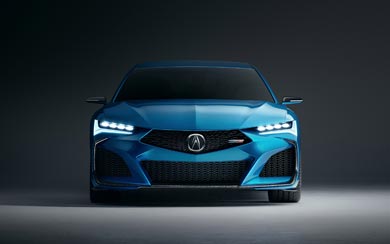 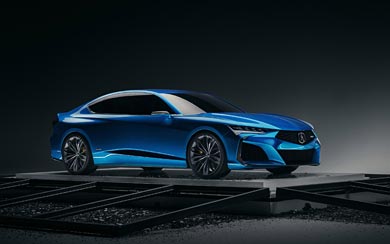 Acura will show off their new concept at the 2019 Monterey Car Week, a car that represents the return of the Acura Type S performance vehicles. Acura’s intention with the new Type S concept was to represent ‘Precision Crafted Performance’ through the use of stance and proportion. Whether you think they have achieved that or not, the new concept with it’s big wheels and large intakes does look more aggressive than the regular Acura. However, those aspects are usually toned down for the eventual production model. Which means the next Type S car on the slate, the second-generation TLX Type S, may look similar but different. Overall the look shares some similarities with other cars that have gone before. The front is very reminiscent of Acura’s own Precision concept from 2016, and the rear end looks like that found on the Infiniti Q60.

“The return of Type S is instrumental in our mission to return Acura to its performance roots,” said Jon Ikeda, Vice President and Acura Brand Officer. “From bringing back the NSX to winning at the highest level of North American sports car racing and ushering-in a new generation starting with the RDX, we are revitalizing Acura on the foundation of our original and authentic brand values, piece by piece.”