Download Aston Martin DB11 car wallpapers in HD for your desktop, phone or tablet. All images belong to their respective owners and are free for personal use only. 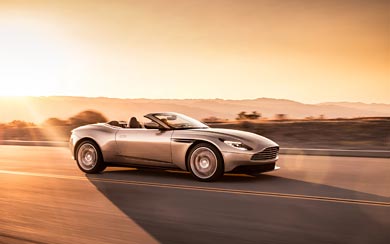 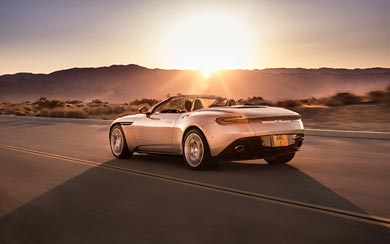 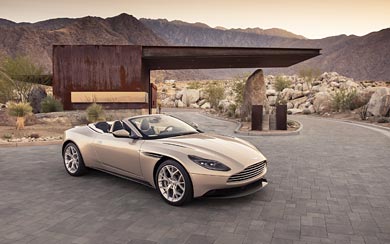 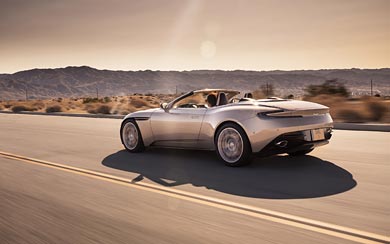 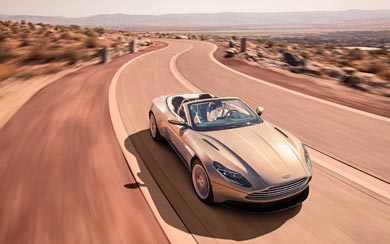 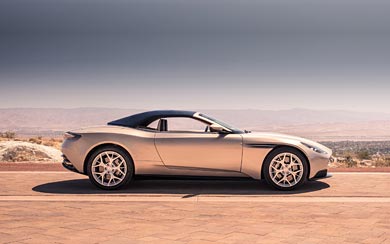 Off with the roof say Aston Martin, as they show off the new DB11 Volante, a good looking V8 powered open-top Sports GT car. Aston traditionally named their convertible cars as a Volante, and the DB11 is no exception taking its place in the line-up alongside the coupe version. The Volante will only come equipped with the AMG sourced twin turbocharged V8 engine, with no option for the heavier V12 version that is available in the coupe.

The DB11 was always a beautiful car which had some weird hollow pillars and slightly disjointed roof that marred the final result of its visual appeal. Now with the roof gone and replaced with an elegant and simple fabric design, most of the visual weight is below the waistline, producing a more classically proportioned car.

Aston Martin President and Chief Executive Officer, Dr Andy Palmer, said of the DB11 Volante: “For many of our customers, indeed many generations of Aston Martin customer, the Volante has always offered something very special: a unique combination of elegant style, innate sporting ability and sensory engagement that lifts it above other open-top cars. The new DB11 Volante captures those qualities perfectly and promises the kind of pleasure and enjoyment that can only come from driving an open-top Aston Martin”.