Download Bentley Arnage car wallpapers in HD for your desktop, phone or tablet. All images belong to their respective owners and are free for personal use only. 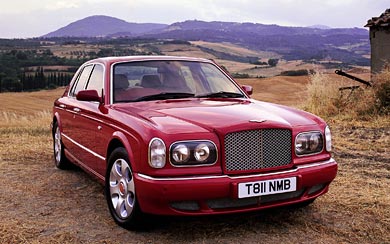 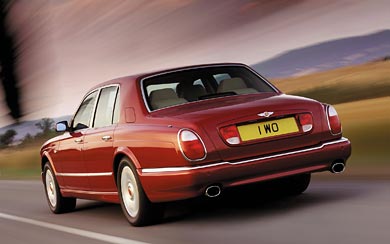 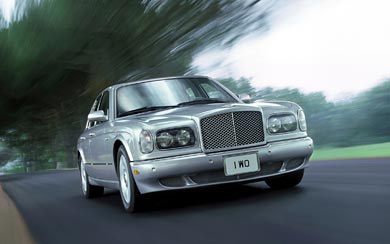 Launched in late 1999 was the Arnage Red Label. Volkswagen, who had purchased the Bentley name and Crewe factory was loathe to continue purchasing BMW’s engines, and it turned out that Bentley engineers and customers felt the same way. The BMW-powered Arnage, while objectively more modern than the Turbo RT it replaced, was more than a second slower to 60 mph than that car, and lacked the massive torque that Bentley customers had grown accustomed to.

Vickers had outsourced to Cosworth the production of the old 6.75 L Rolls-Royce engine for use in the continued Continental and Azure models, so reverting to the old standby engine was a natural choice for the company. In fact, Volkswagen purchased Cosworth as well, so all the pieces fell into place to eliminate the BMW engine.

The Red Label model reverted to the old V8, which boasted torque of 835 N·m with a single Garret T4 turbocharger. This was the greatest amount of torque for a four-door car at the time. Also returning was the General Motors-sourced 4-speed 4L80-E automatic.