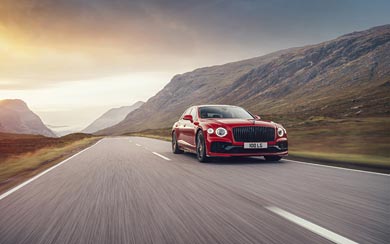 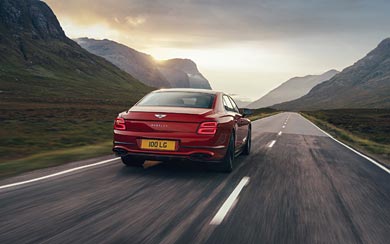 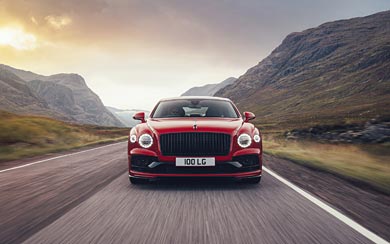 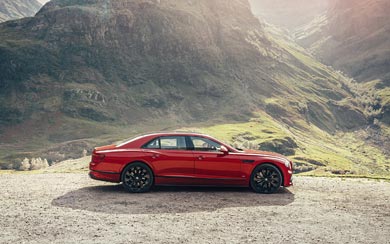 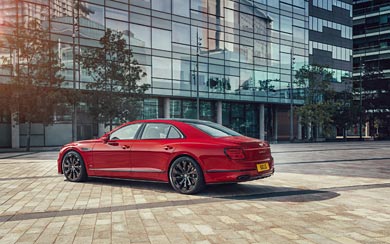 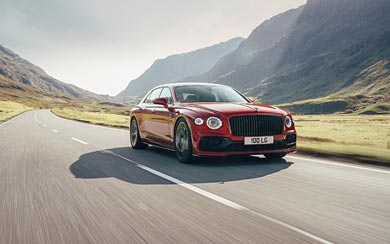 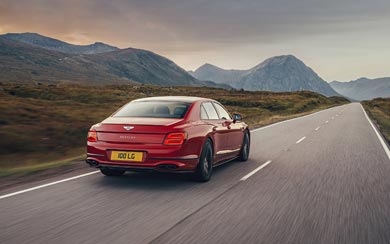 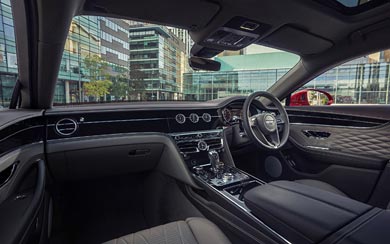 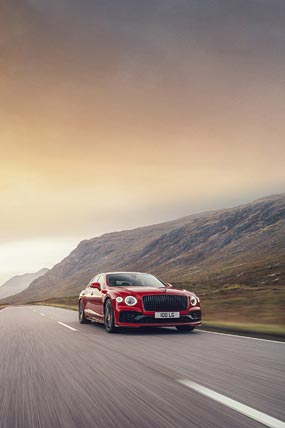 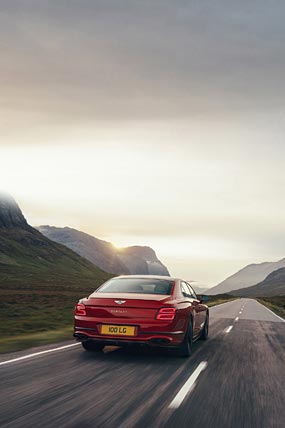 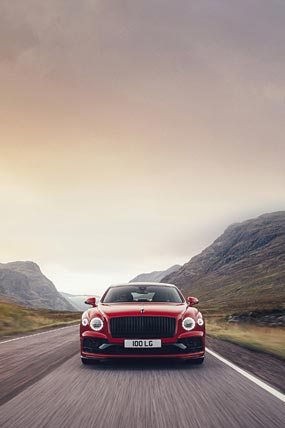 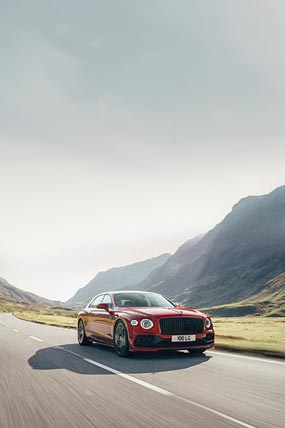 Following in the footsteps of the Continental, Bentley have released a V8 version of it's new Flying Spur. The twin turbocharged 4.0L V8 engine replaces the bigger and more powerful W12 unit, it may have less power and torque, but the smaller engine removes over 100kg out of the car’s front end.

With peak power rated at 542 hp and torque at 770 Nm, the V8 is some 84 hp and 130 Nm down on the W12. However that compromise is offset with the lighter weight providing different handling characteristics that for some finds the sweet spot in the cars feel. Another benefit lies in the low-pitch rumble of the V8 making the lower spec FLying Spur sounds more like a brawler then the more refined sounding W12 version. The 0-62 mph sprint has dropped down slightly from 3.8 to 4.1 seconds and the top speed clocks in just shy of the magical 200 barrier at 198 mph.

Power is sent to all the wheels in a rear-biased manner with an eight-speed dual-clutch transmission doing the gear changes. Active anti-roll bars, rear-wheel steering and triple-chamber air suspension are some of the chassis technology Bentley has used to overcome the FLying SPur's huge physical dimensions.