Download BMW 507 car wallpapers in HD for your desktop, phone or tablet. All images belong to their respective owners and are free for personal use only. 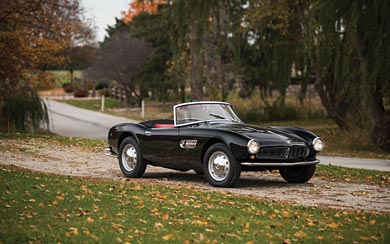 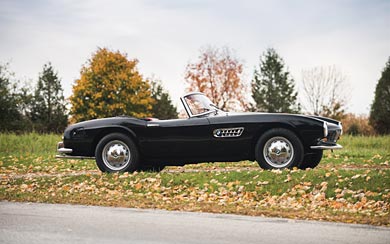 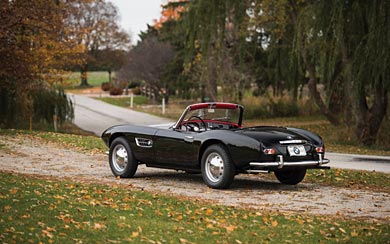 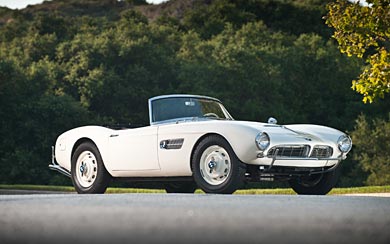 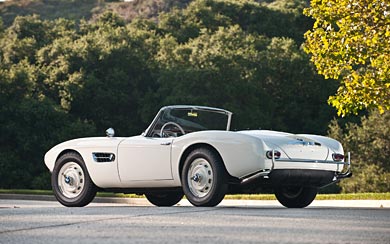 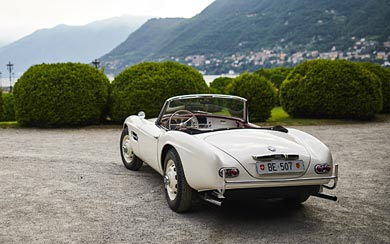 The BMW 507 is a roadster that was produced by BMW from 1956 to 1959. Initially intended to be exported to the United States at a rate of thousands per year, it ended up being too expensive, resulting in a total production figure of 252 cars and heavy losses for BMW.

The BMW 507 was conceived by U.S. automobile importer Max Hoffman who, in 1954, persuaded the BMW management to produce a roadster version of the BMW 501 and BMW 502 saloons to fill the gap between the expensive Mercedes-Benz 300SL and the cheap and underpowered Triumph and MG sports cars. BMW engineer Fritz Fiedler was assigned to design the rolling chassis, using existing components wherever possible. Early body designs by Ernst Loof were rejected by Hoffman, who found them to be unappealing. In November 1954, at Hoffman’s insistence, BMW contracted designer Albrecht von Goertz to design the BMW 503 and the 507.