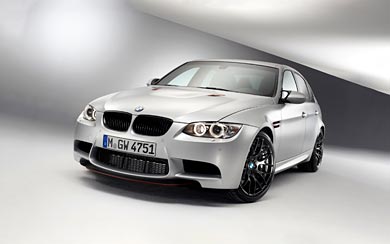 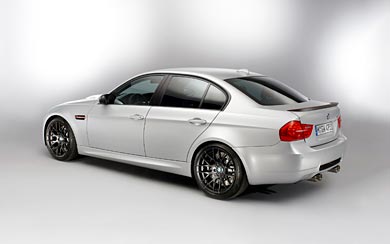 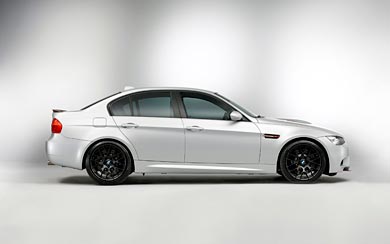 The BMW M3 CRT is the latest in a fine tradition of highly exclusive high-performance sports cars optimised with the help of lightweight design. This lineage stretches back to the BMW 3.0 CSL of the 1970s and reached another high point in 2002 with the BMW M3 CSL. BMW M GmbH also broke new ground with the use of CFRP in series-produced vehicles; like the BMW M6 produced up to 2010, the current BMW M3 Coupé comes as standard with a roof made from carbon-fibre reinforced plastic.

The low-weight construction of the BMW M3 CRT is enhanced by sound-proofing configured specially for the new variant and a sports exhaust system with an extremely lightweight titanium muffler. Also unique to the CRT are the two individual rear seats, which take their cues from the lateral support-enhancing contours of the front seats.

Included in the standard specification of the BMW M3 CRT are the M double-clutch transmission with Drivelogic, Navigation system Professional, BMW Individual High End audio system, a light, exterior mirror and luggage area package, an alarm system and Park Distance Control with sensors at the front and rear of the car. Despite this extremely generous selection of standard kit, its DIN unladen weight of 1,580 kg undercuts that of the standard BMW M3 Saloon by around 45 kg. When you take into account the equipment on board the weight saving is more like 70 kg. Added to which, cleverly reducing the load at the front of the car raises the proportion of the car’s weight over the rear axle to 48.4 per cent, which has an extremely positive effect on agility.