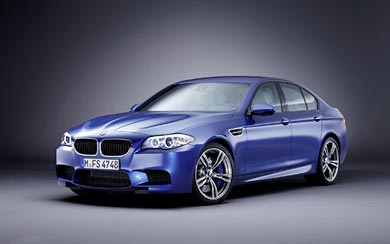 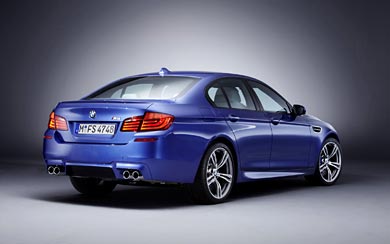 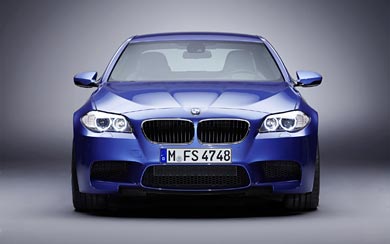 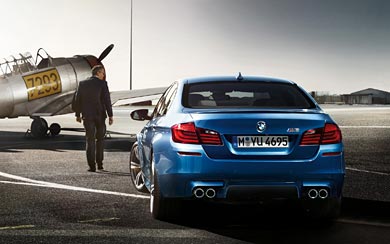 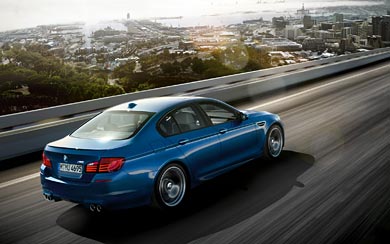 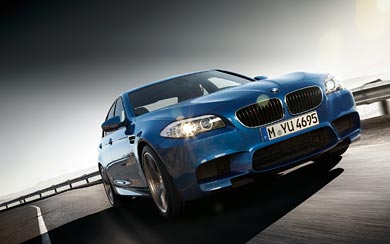 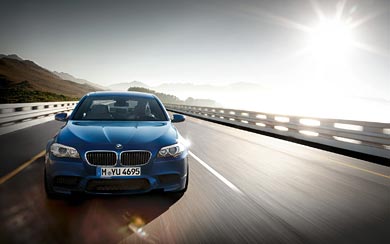 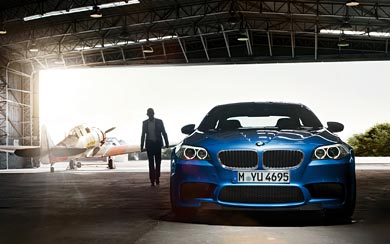 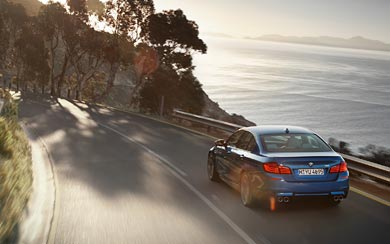 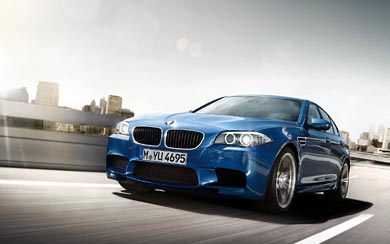 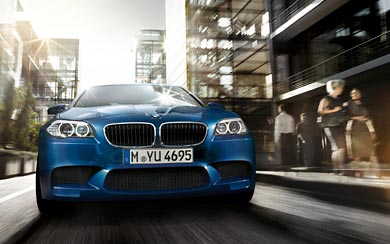 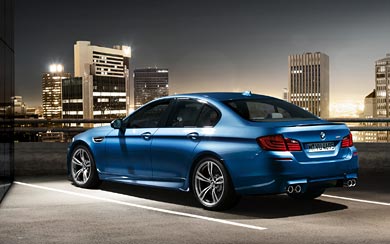 The new BMW M5 is poised to build on the tradition of its predecessors and once again redefine the performance experience available in a four-door car. Displaying the conceptual harmony, state-of-the-art technology and astonishingly dynamic handling for which BMW M cars have become renowned, the fifth-generation BMW M5 stirs the passion of keen drivers for top performance and blends it, in inimitable style, with the universal qualities of a top-class premium saloon. The most powerful engine ever fitted in a series-produced model from BMW M GmbH, the innovative Active M Differential – which optimises power transfer to the rear wheels – and model-specific chassis technology developed on the back of extensive racing expertise all secure the BMW M5 a dominant position in the high-performance saloon market.

Under the bonnet of the new BMW M5 lies a newly developed, high-revving V8 engine with M TwinPower Turbo (consisting of Twin Scroll Twin Turbo technology, a cross-bank exhaust manifold, High Precision Injection petrol direct injection and VALVETRONIC fully variable valve control), maximum output of 412 kW/560 hp at 6,000 – 7,000 rpm and peak torque of 680 Newton metres (502 lb-ft) between 1,500 and 5,750 rpm. The instantaneous power delivery and sustained thrust familiar from M cars are the key to acceleration of 0 – 100 km/h (62 mph) in 4.4 seconds (0 – 200 km/h/124 mph: 13.0 seconds). Average fuel consumption in the EU test cycle stands at 9.9 litres per 100 kilometres / 28.5 mpg imp (CO2 emissions: 232 g/km). While output has increased by around 10 per cent and maximum torque is up by more than 30 per cent, the new BMW M5 burns over 30 per cent less fuel than its predecessor.