Download BMW i4 car wallpapers in 4K for your desktop, phone or tablet. All images belong to their respective owners and are free for personal use only. 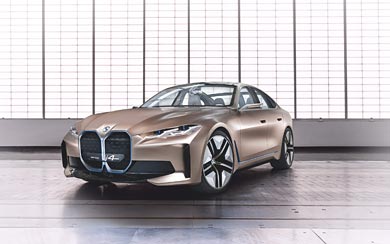 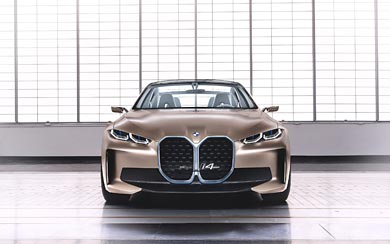 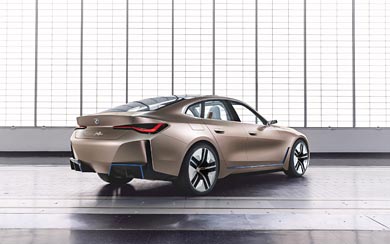 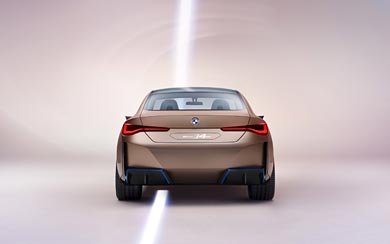 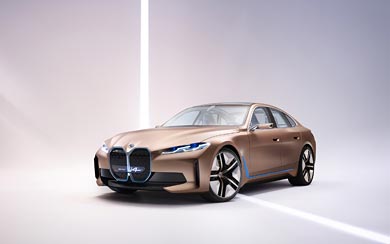 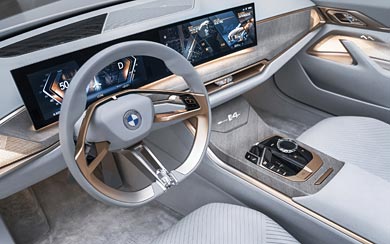 BMW’s i series line is about to get a new model, and the i4 concept previews what we can expect from the German automaker. Borrowing heavily from the Concept 4 revealed in 2019, the i4 concept continues with that very large and controversial front grille. It is obvious now that BMW will stick with this design choice, and what we see here is likely a very close look at the next 4-series model.

This concept is powered by an all electric powertrain consisting of a 80 kWh battery that is set to rival the likes of the Tesla Model 3. Power is a stout 530 PS (390 kW), which BMW says should help the i4 concept achieve a 0-62 mph sprint of around 4 seconds. The estimated range is 373 miles on a WLTP cycle, which is more than enough for most and up there with the best for this size of car.

Moving to the inside, the i4 concept is showing off the next generation BMW infotainment system. This consists of a single, slightly curved display, which houses two screens and stretched from the drivers side through to the middle of the dash. One screen sits directly behind the steering wheel and is used for displaying relevant driving data, and the second takes the place of the usual mid mounted display.