Download Bugatti Type 57S car wallpapers in HD for your desktop, phone or tablet. All images belong to their respective owners and are free for personal use only. 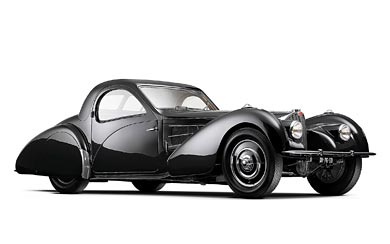 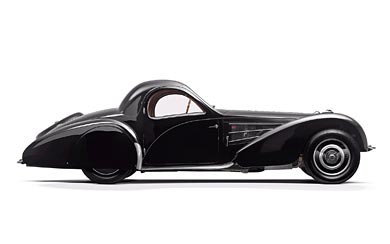 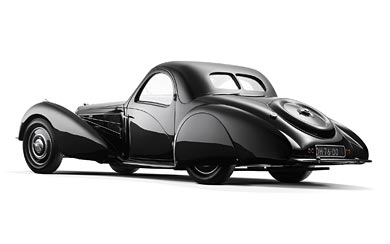 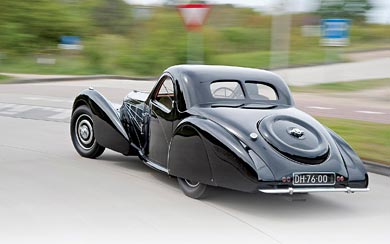 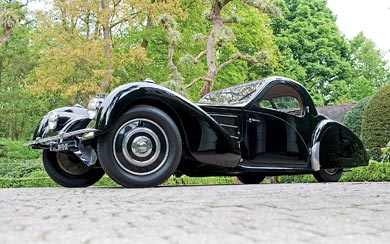 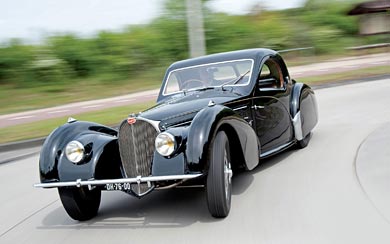 The Type 57S/SC is one of the best-known Bugatti cars. The “S” stood for “surbaissé” (“lowered”). It included a v-shaped dip at the bottom of the radiator and mesh grilles on either side of the engine compartment. Lowering the car was a major undertaking. The rear axle now passed through the rear frame rather than riding under it, and a dry-sump lubrication system was required to fit the engine under the new low hood. The 57S had a nearly-independent suspension in front, though Ettore despised that notion. Just 43 “surbaissé” cars were built.