Download Bugatti Galibier Concept car wallpapers in HD for your desktop, phone or tablet. All images belong to their respective owners and are free for personal use only. 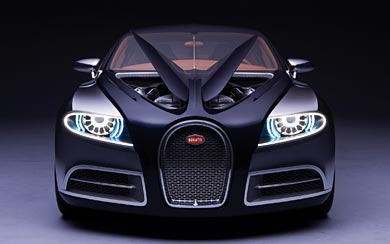 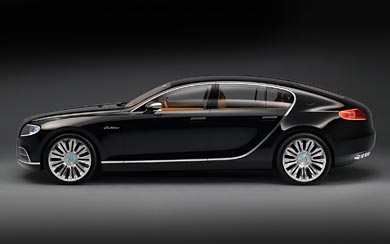 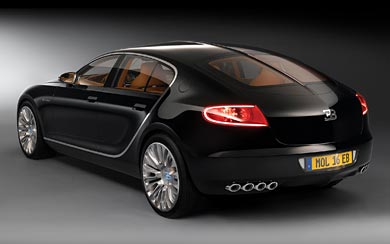 As the climax of its centenary celebration ceremonies, Bugatti Automobiles S.A.S. presented customers and opinion-makers with the Bugatti Galibier Concept, intended to be the most exclusive, elegant, and powerful four door automobile in the world last weekend in Molsheim.

The Bugatti Galibier’s design masters the challenge of uniting sportiness with the comfort and elegance of a modern four-door saloon. The basic architecture picks up on the torpedo-like character of the Type 35, which was already revived in the Bugatti Veyron, and reinterprets it. With the typical Bugatti radiator grille, big round LED headlights and the clamshell running the length of the vehicle which became synonymous with the brand identity under Jean Bugatti in the Type 57, this car transports the Bugatti genes into the modern world.

Beneath the bonnet, which folds back from both sides, there resides a 16-cylinder, 8-litre engine with twostage supercharging. What makes this engine special is that it was developed as a flex-fuel engine and can optional be run on ethanol. Four-wheel drive, specially developed ceramic brakes and a new suspension design enable the agile, always-sure handling of a saloon of this size.