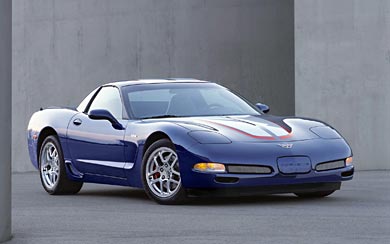 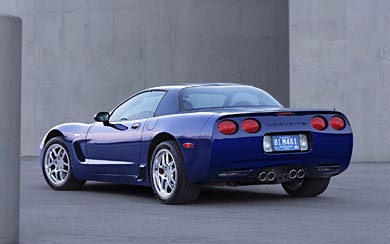 A successor to the ZR-1 made its debut in 2001 as the Z06, a nod to the high performance Z06 version of the C2 Corvette of the 1960s. Instead of a heavy double-overhead cam engine like the ZR-1, the Z06 used a high-output (LS6), a tuned version of the standard Corvette’s (LS1) producing 385 hp (287 kW). Although the Z06’s total output was less than that of the last ZR-1’s, the Z06 was much lighter and faster than the ZR-1 in every category except for top speed.

GM claimed that 405 hp versions of the Z06 could make the 0-60 run in 3.9 seconds, although 4.1 seconds was the best that magazine test drivers could produce. Amateur racers have gotten the C5 Z06 down the quarter mile in an incredible 11.7 seconds whereas the magazine drivers could only get a best of 12.2. The Z06 is capable of matching or beating the 0-60 times of some of the world’s premier sports cars, including the Ferrari 360 and the non-turbo version of Porsche’s 996 generation 911. The C5 Corvette Z06 is one of the best performance bargains under $100,000.