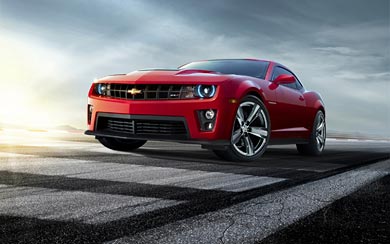 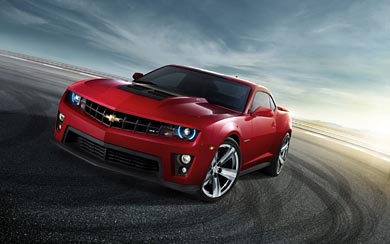 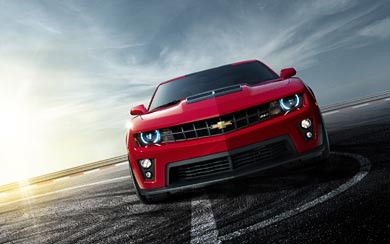 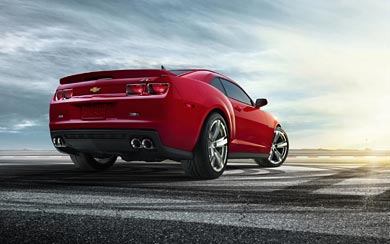 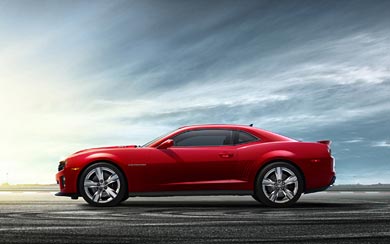 The 2012 Chevrolet Camaro ZL1 debuted today at the Chicago Auto Show. It is the highest-performing Camaro and the most technically advanced car ever developed in its class. The new ZL1 continues the momentum of Camaro, propelling it into an entirely new realm of leading-edge performance technology. It is planned to launch at the beginning of 2012.

Motivated by a supercharged V-8 engine producing an estimated 550 horsepower (410 kW), the Camaro ZL1 will be the fastest Camaro ever offered by Chevrolet. And more than just power, the ZL1 features technologically advanced and highly developed chassis and suspension systems that help it deliver balanced, track-ready handling and braking power to complement its high engine output. Rigorous development of the ZL1 is ongoing, and official estimates of the car’s capabilities will be released later in 2011, as testing nears completion.

The ZL1 name is derived from the all-aluminum racing engine of the same name, which was developed in the late 1960s and installed into a handful of regular-production 1969 Camaros. Only 69 were built with the engine, but they’ve achieved mythical status among enthusiasts, as they represented the pinnacle in Camaro performance – until now. The 2012 ZL1 model is designed to be a major leap forward for the Camaro, bringing a new level of performance capability to the segment.