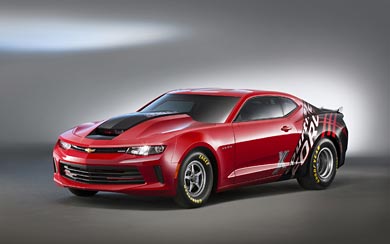 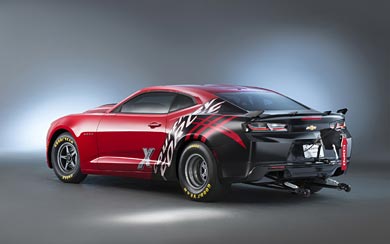 Chevrolet will build 69 COPO Camaro race cars for 2016, extending the production legacy that began in 2012 with the fifth-generation Camaro. Like the previous editions, the new COPO Camaro is designed for NHRA’s Stock and Super Stock Eliminator classes.

The 2016 COPO Camaro benefits from the lighter and stronger body structure of the Gen Six. Extensive computer-aided engineering helped increase structural rigidity by 28 percent, while the body-in-white mass was reduced by 133 pounds (60.5 kg).

Less mass and greater strength, along with the body’s sleeker profile in the wind, will help give racers an edge. It offers greater aerodynamic performance than the fifth-generation Camaro.

The show car features a Red Hot exterior color with Courtney Force-signature graphics and red-accented grille trim. Under its carbon fiber high-rise hood is a concept 350 racing engine with a Whipple 2.9L supercharger.