Download Chrysler 300C car wallpapers in HD for your desktop, phone or tablet. All images belong to their respective owners and are free for personal use only. 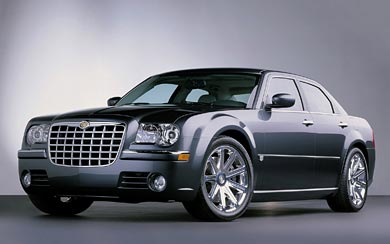 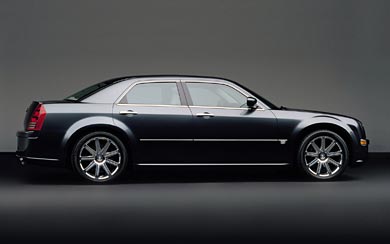 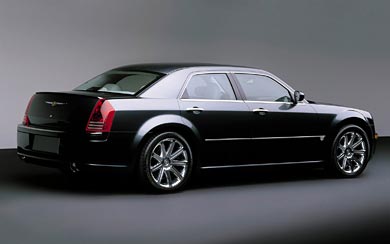 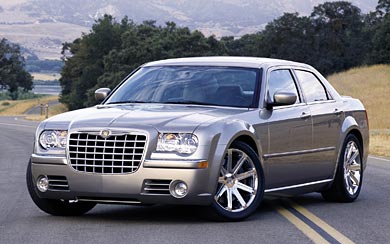 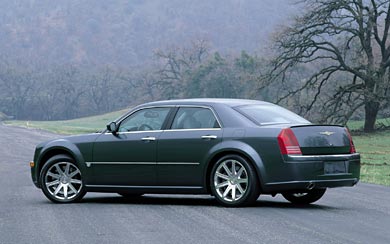 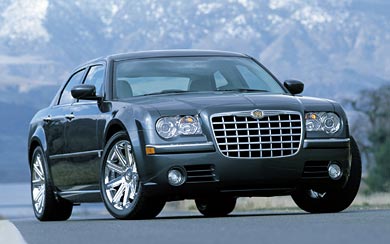 The Chrysler 300 is a full-size flagship luxury sedan produced by Chrysler. Designed by Ralph Gilles in 2001, and first shown at the 2003 New York Auto Show as a concept car, sales in the United States began in April 2004. The 300 was Chrysler's first rear-wheel-drive full-sized sedan since the discontinuation of the Chrysler Newport of 1981. The SRT-8 model was intended as the high-performance version.

The Chrysler 300 was designed to be a modern interpretation of the Chrysler C-300 and the letter series Chryslers that followed, featuring a large grille, long hood and low roofline that was prominent on those vehicles. The styling retained many elements of the 1998 Chrysler Chronos concept car, such as chrome interior accents and tortoiseshell finishings on the steering wheel and shifter knob.

The Chrysler 300 is based on the rear-wheel drive Chrysler LX platform which features components derived from the W211 Mercedes-Benz E-Class of 2003 to 2009. Shared components include the rear suspension design, front seat frames, wiring harnesses, steering column, the 5-speed automatic transmission's design, and a derivative of the 4Matic all-wheel drive system. The Chrysler 300 also features a double wishbone front suspension that is derived from the W220 Mercedes-Benz S-Class.