Download Chrysler Crossfire SRT6 car wallpapers in HD for your desktop, phone or tablet. All images belong to their respective owners and are free for personal use only. 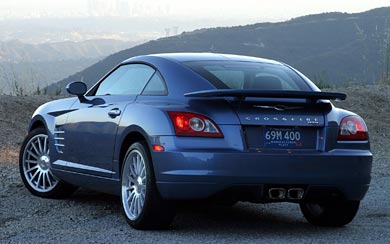 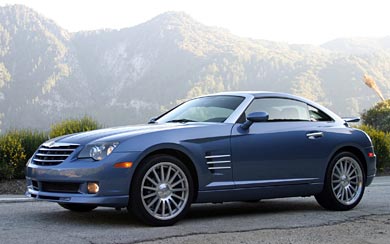 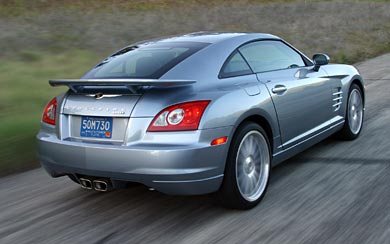 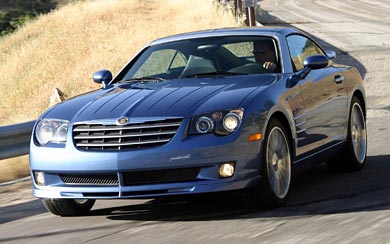 The name “Crossfire” comes as a reference to the distinctive character lines that run from front to rear through the body sides. They create a surface that is upward facing as it passes over the rear fender, but they cross mid-way through the door to form a downward facing surface as they reach the front fender. Also, since this is the first car to be built after Chrysler merged with Daimler-Benz and it shares elements from both houses, the name is a reference to their collaboration.

The SRT-6 trim level, as both coupe and convertible, featured an AMG supercharged engine delivering 330 hp (246 kW) and 310 lb·ft (420 N·m) of torque. Other SRT-6 model specific features included suspension and brake modifications, a front fascia air dam and a fixed vs. retractable rear spoiler. The Crossfire SRT-6 model used the same drive-train, suspension, and braking components as those used on the Mercedes-Benz SLK 32 AMG.

In 2006, the SRT-6 was changed to special order only, though none seem to have been sold in the U.S.