Download De Tomaso Pantera car wallpapers in HD for your desktop, phone or tablet. All images belong to their respective owners and are free for personal use only. 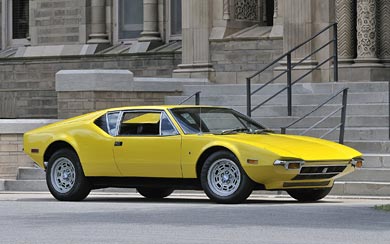 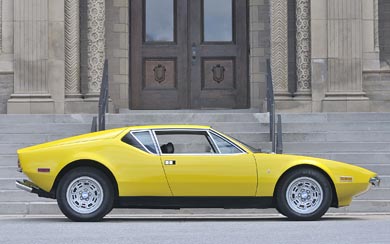 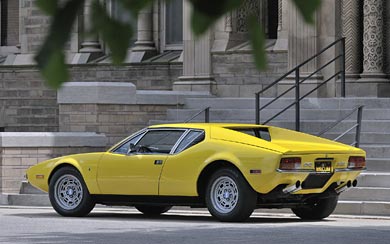 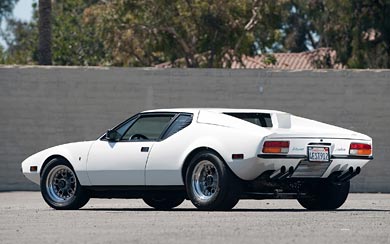 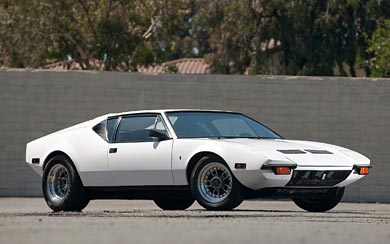 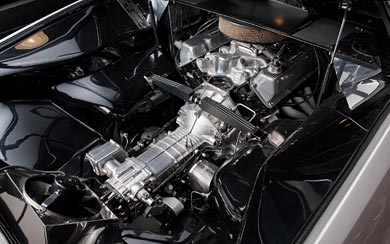 The car was designed by American designer Tom Tjaarda and replaced the De Tomaso Mangusta. Unlike the Mangusta, which employed a steel backbone chassis, the Pantera was a steel monocoque design, the first instance of De Tomaso using this construction technique. The Pantera logo included a version of Argentina’s flag turned on its side with a T-shaped symbol that was the brand used by De Tomaso’s Argentinian cattle ranching ancestors.

The first 1971 Panteras were powered by a Ford 351 cu in (5.8 L) V8 engine that produced a severely underrated 330 hp (246 kW; 335 PS). Stock dynos over the years proved that power was more along the lines of about 380 hp (283 kW; 385 PS).[citation needed] The high torque provided by the Ford engine reduced the need for excessive gear changing at low speeds: this made the car much less demanding to drive in urban conditions than many of the locally built competitor products.

The ZF transaxle used in the Mangusta was also used for the Pantera: a passenger in an early Pantera recorded that the mechanical noises emanating from the transaxle were more intrusive than the well restrained engine noise. Another Italian car that shares the ZF transaxle is the Maserati Bora, also launched in 1971 although not yet available for sale. Power-assisted four-wheel disc brakes and rack and pinion steering were all standard equipment on the Pantera. The 1971 Pantera could accelerate to 60 mph (97 km/h) in 5.5 seconds according to Car and Driver.