Download De Tomaso Pantera GT5 car wallpapers in HD for your desktop, phone or tablet. All images belong to their respective owners and are free for personal use only. 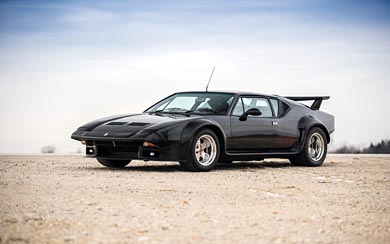 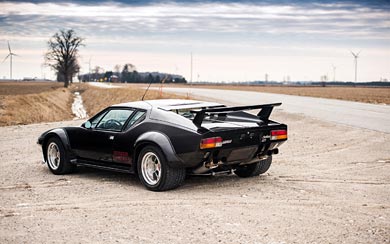 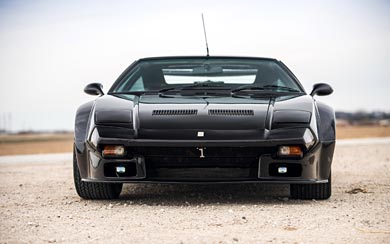 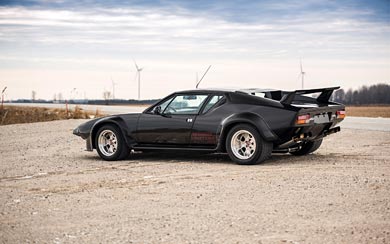 1980 saw De Tomaso completely revise the chassis of the Pantera, and with it came the introduction of the Pantera GT5 model. The GT5 featured bonded and riveted-on fiberglass wheel arch extensions that gave the car a wider more aggressive stance, better hinting at the performance of the V8 that hide under the hood. Other improvements came from better brakes with larger wheels and tyres, fiberglass bodykit with front air dam and side skirts, and an interior that gained a more luxurious appointment.

The De Tomaso Pantera GT5, like all previous Pantera’s made use of Fords Cleveland 351 engine, a V8 that was tuned to ever-escalating performance. The GT5 was given the top 5.8L 360 PS (257 kW) version, which was good for a maximum top speed of 174 mph (280 kph). The Ford Cleveland 351 engines used for the De Tomaso GT5 were actually sourced from Australia, as Ford America discontinued production at the end of 1974, and Ford Australia continued it’s production of the engines into 1982. Supply dried up from Australia in 1988, which saw De Tomaso change to using the Ford 351 Windsor instead.