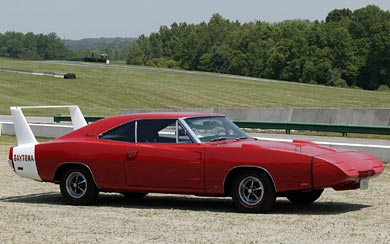 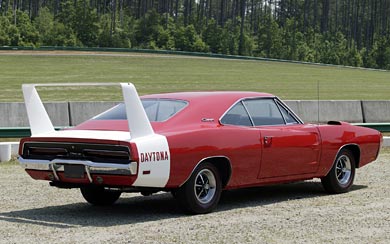 With the failure of the 1969 Dodge Charger 500 on the highbanks of the superspeedways, the 1969 Dodge Charger Daytona was created. It was intended to be a high-performance, limited-edition version of the Dodge Charger produced in the summer of 1969 for the sole purpose of winning high profile NASCAR races. It won its first race out, the inaugural Talladega 500 in the fall, although it was a rather hollow victory as all of the top names had left the track on Saturday in a boycott of the 1969 Talladega race. Buddy Baker in the #88 Chrysler Engineering Dodge Charger Daytona was the first driver in NASCAR history to break the 200 mph mark on March 24, 1970 at Talladega.