Download Dodge Avenger car wallpapers in HD for your desktop, phone or tablet. All images belong to their respective owners and are free for personal use only. 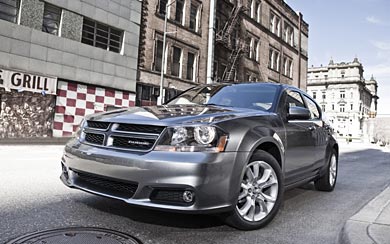 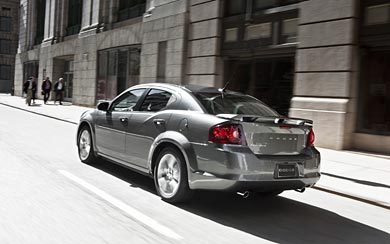 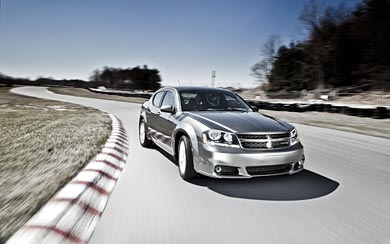 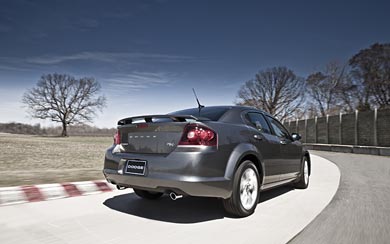 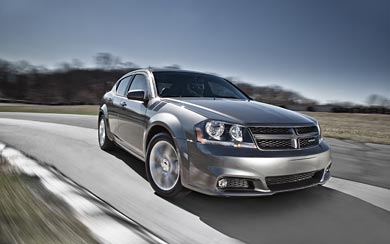 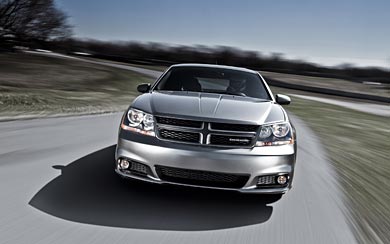 The new for 2012 Dodge Avenger R/T model builds on all the improvements made to the 2011 model giving mid-size sedan customers an unmatched driving experience along with Dodge attitude.

Dodge engineers amplified the driving experience by giving the Dodge Avenger R/T a superlative powertrain and performance-tuned suspension. The 2012 Dodge Avenger R/T is powered by the 3.6-liter Pentastar V-6 engine mated to a six-speed automatic transaxle, which has an EPA fuel economy rating of 19 mpg city and 29 mpg highway.

To make it stay true to the Dodge R/T DNA, engineers tuned the Avenger’s suspension specifically to the R/T model. They increased roll stiffness by 18 percent, and spring rates by 17 percent in the front and more than 12 percent in the rear. Front strut damping rates are increased 15 percent, rear strut damping rates are increased almost 20 percent and the rear stabilizer bar diameter is 2 mm larger, increased from 19 mm to 21 mm. The suspension changes result in a spirited, performance sedan driving experience. With best-in-class 283 horsepower, and still delivering 29 miles per gallon on the highway, the Dodge Avenger R/T is unmatched in its class.