Download Dodge Dart car wallpapers in HD for your desktop, phone or tablet. All images belong to their respective owners and are free for personal use only. 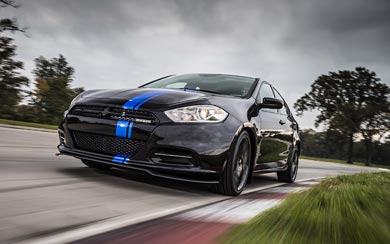 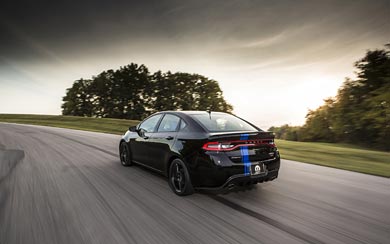 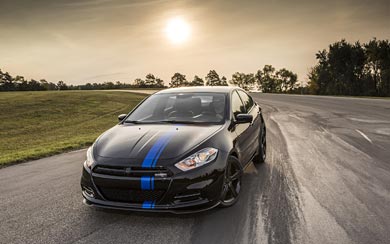 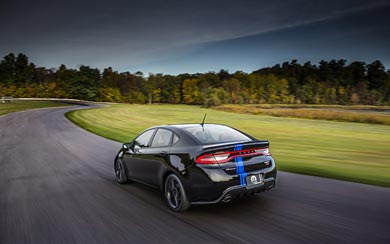 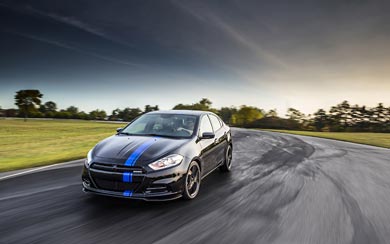 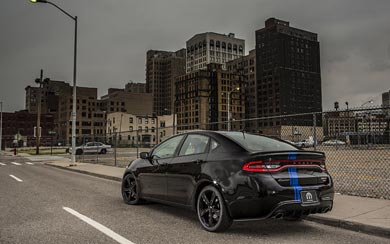 Inspired by the tuner scene, the Mopar ’13 Dart is designed for driving enthusiasts. Powered by a 1.4-liter MultiAir® intercooled turbo engine with a manual transmission, the Mopar ’13 sports a gloss-black finish with a pair of car-length Mopar Blue stripes, which mirror each of the three previous Mopar-themed models.

For enhanced handling, upgrades include a performance steering-gear calibration, a 7 millimeter-lowered suspension and low-profile 40 aspect performance tires (225/40R18). From the racing scene, Mopar added a premium brake kit with slotted rotors. Engine breathing is enhanced with a performance-tuned exhaust and to further optimize aerodynamics and increase downforce, the custom Dart features Mopar’s ground-effects kit, which includes a front-chin spoiler, one-piece deck-lid spoiler, as well as a unique and aggressively styled rear diffuser.

Unique exterior elements include a Mopar badge in the crosshair grille and gloss-black 18-inch wheels with a Mopar logo on the wheel center caps. The vehicle’s unique interior, featuring a serialized plate, gives the driver a custom Mopar Blue leather seat with black accents. To keep the emphasis on the driver, the driver seat is Mopar Blue while all other seats are black with blue accent stitching. The centerpiece of the interior is a floating island bezel that is accented with Mopar Blue paint and lighting. The interior is further enhanced with rich details, including Mopar Blue accent thread, as well as light-black chrome and gloss-black elements.