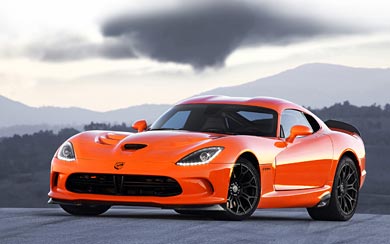 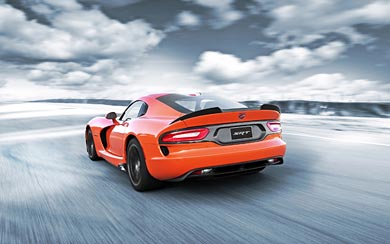 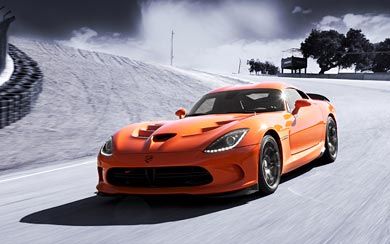 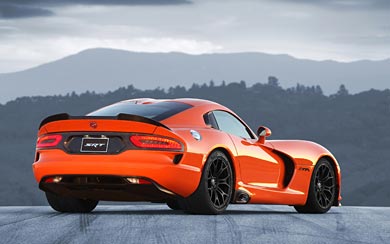 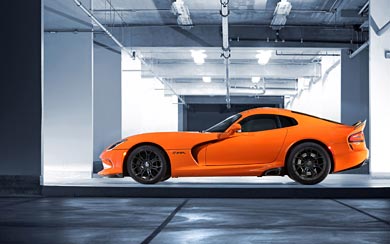 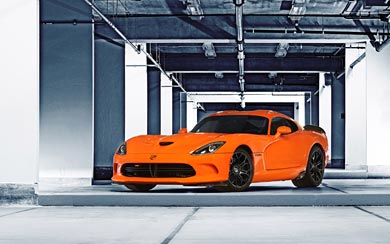 Configured in-house by the Chrysler Group’s SRT (Street and Racing Technology) team in collaboration with professional road racers, the exclusive, street-legal and single-spec 2014 SRT Viper TA (Time Attack) package is specifically built for the performance enthusiast driver who likes to exercise their machines at the more than 150 road-race courses around North America.

Based on the SRT Viper model – the lightest vehicle in the lineup, the 2014 SRT Viper TA package builds upon the legendary on-track capability of the American hand-built supercar using a majority of pre-developed components straight from the SRT stable, that are combined into a carefully balanced package that extract the most out of the Viper ultralow center of gravity, 50/50 weight distribution and largest contact patch in the production car world.

“The new 2014 SRT Viper TA is being engineering for the dedicated track enthusiast, who still wants to drive to the track and take their hobby to the next level” said Ralph Gilles, President and CEO – SRT Brand and Motorsports, Chrysler Group LLC. “We’re re-launching some of the fastest production-built cars that people can buy straight from the factory. Our engineers revised the suspension settings to refocus the Viper specifically for track duty, using a blend of components from the GTS and the SRT models, add in the extensively developed aero package and the new Time Attack package is born. We’re not only saluting the existing capabilities of our current models, we’re also targeting another niche in our customer base with a tremendously capable track machine.”