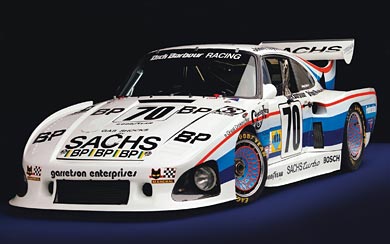 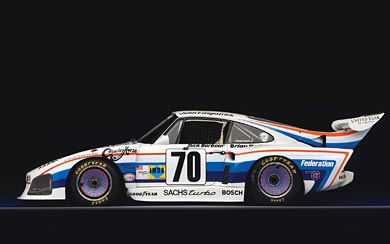 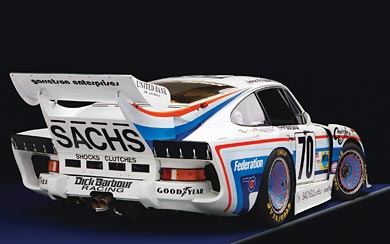 As Porsche hesitated to sell their Evolution models, some teams developed their own ideas, especially Kremer Racing from Cologne, Germany. Parallel to the factory in 1976, they had built a 935 K1, and in 1977, modified their customer 935 to the K2. For 1979, they introduced the 935 K3 (for “Kremer Type 3”; the derivative of the successful K2). Driven mainly by Klaus Ludwig, it won the 24 Hours of Le Mans in 1979, beating all prototypes, in heavy rain, which is usually considered a disadvantage for race cars with windshields. Coming in second was a factory spec model, driven by Rolf Stommelen, and supported by team owner Dick Barbour and actor Paul Newman.