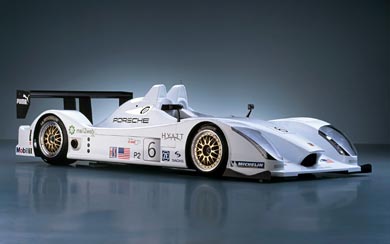 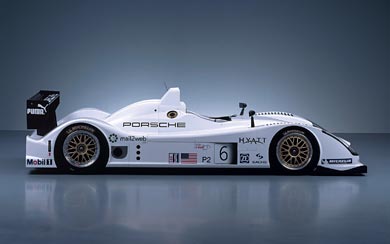 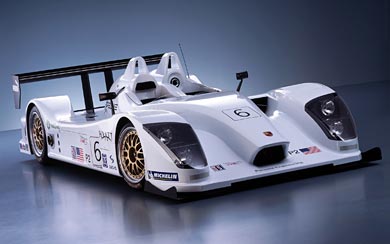 The RS Spyder (Type 9R6) is a racing car designed by Porsche to compete in Le Mans Prototype Class 2 (LMP2) racing. The car takes its name from the legendary 550 Spyder of the 1950s (combined with Porsche’s common “Renn Sport” designation). The car marked Porsche’s first return to the top level of sports prototype racing since the firm abandoned its Porsche LMP in 1999.

The RS Spyder made its debut in the final event of the 2005 American Le Mans Series (ALMS) at Laguna Seca winning its class. Since then the RS Spyder has won the ALMS LMP2 Championship in 2006, 2007 and 2008 and took class honours at Le Mans in 2008 and 2009. The outright victory at the 2008 12 Hours of Sebring was the first major victory for Porsche in endurance racing for five years and it was also the first time in 24 years that the non-premier class won the 12 Hours of Sebring overall. Regulation changes for the 2011 season rendered the RS Spyder obsolete but the car has left a legacy in the Porsche 918, which uses a development of the Spyders’ engine.

During 2006, Penske entered two RS Spyders in the ALMS and won seven class victories including outright victory at the Mid-Ohio race. This was the first LMP2 victory in a race since 2003 and the first major result for Porsche since the 1998 24 Hours of Le Mans. The results ensure victory for Penske in the LMP2 Championship and also for Sascha Maassen in the drivers’ standings.