Download Ferrari 275 GTB car wallpapers in HD for your desktop, phone or tablet. All images belong to their respective owners and are free for personal use only. 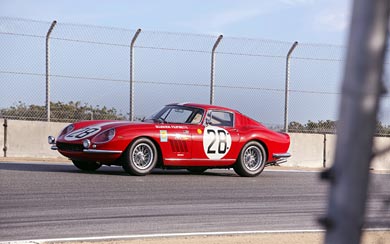 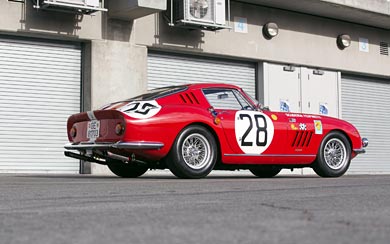 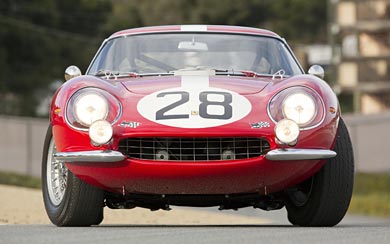 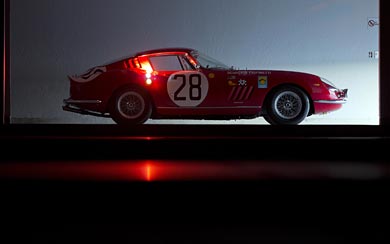 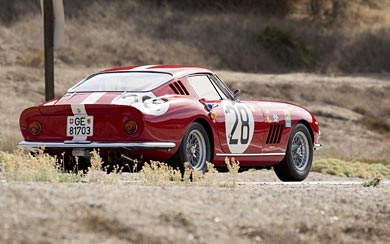 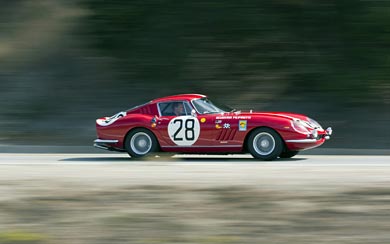 For the 1965 racing season, 4 lightweight 275 GTB Competizione Speciales (1964), a prototype and three production models, were built and equipped with 250 LM engines. The design was by Pininfarina and the coachwork by Scaglietti. The design incorporated reduced weight with a ten percent reduction in size, smaller diameter chassis, 21 gauge alloy body, Plexiglas windows, and magnesium was used in certain engine and transaxle castings. The Fédération Internationale de l’Automobile (FIA) at first refused to homologate the model as a GT contender but settled on a compromise when Enzo Ferrari threatened to abandon the motor sport

For the 1966 season, Ferrari decided to build 12 lightweight 275 GTB/C cars, they were constructed between the end of the 275 two-cam production run and the start of the 275 four-cam production run; even though they very much resembled the road-going 275 GTB, not one body panel was the same and underneath very little of the road car remained.

Mauro Forghieri designed a special super-lightweight steel and aluminium version of the 275 GTB chassis. A regular suspension was fitted, but it was made slightly stiffer by the addition of extra springs. Scaglietti bodied the chassis with an ultra thin aluminum body; the panels were about half as thick as the ones used on the GTO and the Cobra – even leaning on the 275 GTB/C would dent the body; the entire rear section was reinforced by fiberglass to prevent it from flexing at the slightest impact. In all, this focus on saving weight made a difference of over 150 kg / 331 lb) compared to the alloy bodied road cars.