Download Fiat Barchetta car wallpapers in HD for your desktop, phone or tablet. All images belong to their respective owners and are free for personal use only. 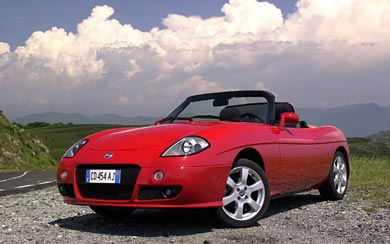 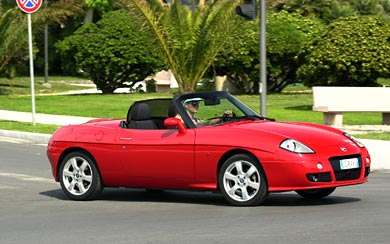 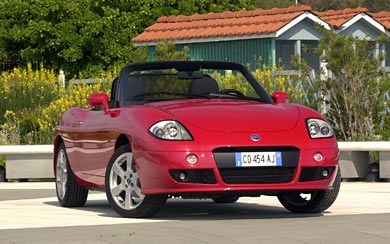 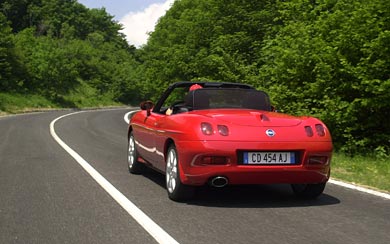 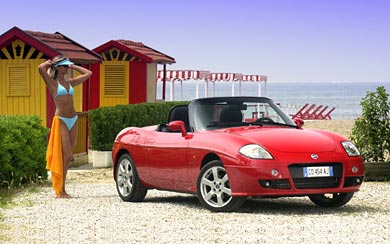 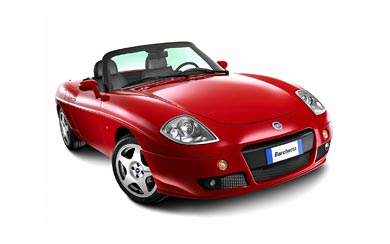 In 2003 Fiat took it’s funky little Italian sports car the Barchetta and gave it a relaunch with revised front and rear bumper designs and a little nip and tuck. Designed by Andreas Zapatinas and Alessandro Cavazza, the Barchetta was developed between 1990 and 1994 under the project name Tipo B Spider 176. The relaunch was due to the bankruptcy of coachbuilder Maggiora, with the production being relocated to Fiats Mirafiori plant and resuming nearly 2 years later.

Though the engine never gave much power with a peak output of 129 hp, the light weight design meant some fun times could be had around some twisty roads. highlights on the options list included 16 inch alloy wheels, side skirts, roll bar and a hard top roof. Through its lifetime the Fiat Barchetta was limited to left hand drive only despite being sold in right hand drive markets the United Kingdom and Japan. Production stopped in June 2005 after 8 years and 57,700 cars made.