Download Fiat Abarth 500C car wallpapers in HD for your desktop, phone or tablet. All images belong to their respective owners and are free for personal use only. 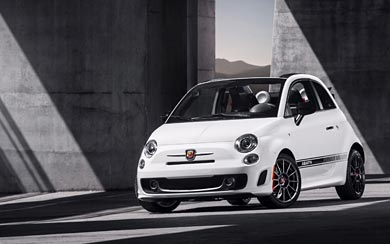 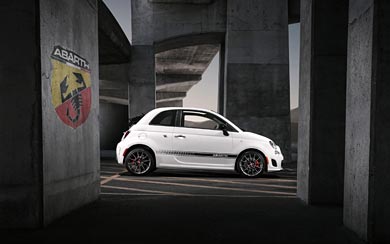 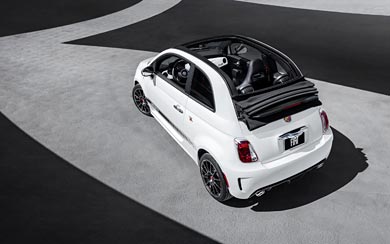 The new 2013 Fiat 500C Abarth Cabrio harks back to his open-air track cars of the 1960s, while delivering the most visceral experience of any modern Cinquecento to date. "The new Fiat 500C Abarth delivers the wicked attitude and track-proven capabilities of the hatchback model, now with the rush of open-air Italian performance," said Tim Kuniskis, Head of FIAT Brand for North America — Chrysler Group LLC. "And with the push of a button our new turbocharged cabrio can unleash that added sense of freedom, while offering one of the most respected soundtracks of all-time, the rasp from its signature Abarth-tuned dual exhausts."

With the Fiat 500 Abarth's high-performance DNA intact, the new 2013 Fiat 500C Abarth is engineered with the same track-proven attributes that have made the hatchback model a success on European and North American roadways and racetracks, but now brings even more fresh air and the unmistakable Abarth-tuned exhaust note into the cabin.

With just the push of a button, the Fiat 500C Abarth's power-operated cloth top retracts up to the rear spoiler during speeds up to a best-in-class 60 mph (a midway point can be chosen by pressing the button anytime in between). Press the roof button again, and the roof will neatly fold all the way open and tuck neatly behind the rear head restraints (up to 50 mph). The power operated cloth top is also intelligently designed.