Download Fiat Abarth 595 car wallpapers in HD for your desktop, phone or tablet. All images belong to their respective owners and are free for personal use only. 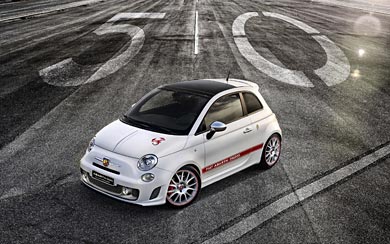 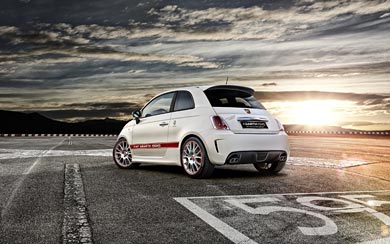 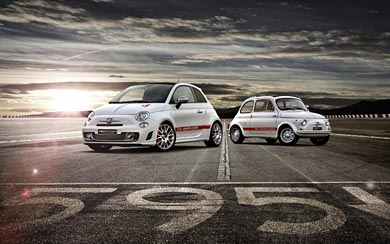 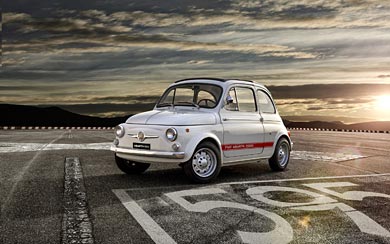 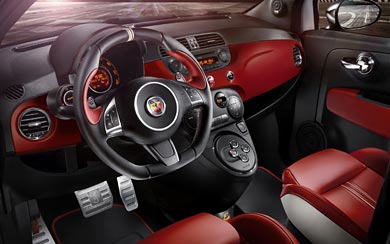 In the 1960s the 595 proved an immediate success thanks to its extraordinary performance, unusual for such a small car, and became the brand’s ‘icon’. A history of records broken, victories and passionate people who have bolstered the legend of a car that represents the essence of the brand, expressed in four values: ‘size’ (it is the smallest supercar), ‘shape’ (Abarth is the 595 and the 595 is Abarth: all the Abarths in the collective imagination are white with a red band, like the 595), ‘speed’ (it is a racing car boasting record-breaking performance) and ‘spirit’ (it is not vintage, but rather contemporary history).

The presentation of the Special Edition also becomes an opportunity to celebrate the brand. The 595 ’50th Anniversary’ is the car that opens up a new era for the Abarth brand. After 1949, the year it was founded, and 2007, the year it was revived, the two-year period of 2013-2014 presents itself as a decisive step for the Abarth brand that precisely with this car once again demonstrates its outstanding ability to look to the future without betraying its past. So new horizons are opening up for the Abarth brand that from the very beginning showed itself to its public as a brand able to renew itself constantly, accepting and overcoming challenges often considered impossible.

The commemorative car will be produced in only 299 exclusive units. The livery, a modern reinterpretation of the original; the colour; the historical Abarth logos; and the original “Fiat Abarth 595” graphics, all handmade by the best customisation artists at Officine Abarth in Turin, give the car individuality and character to turn it into a “contemporary icon”.