Download Fiat 595 Abarth Esseesse car wallpapers in 4K for your desktop, phone or tablet. All images belong to their respective owners and are free for personal use only. 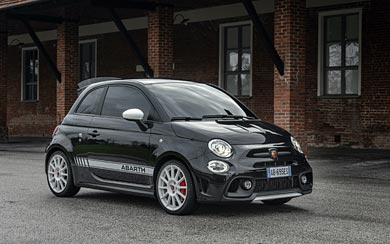 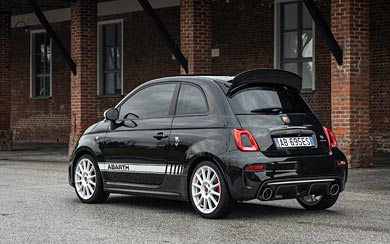 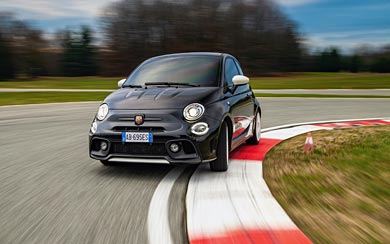 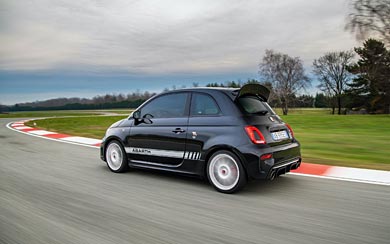 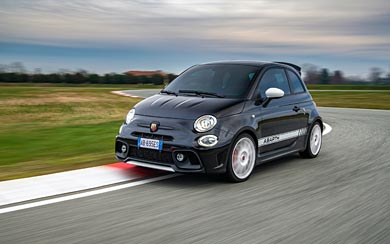 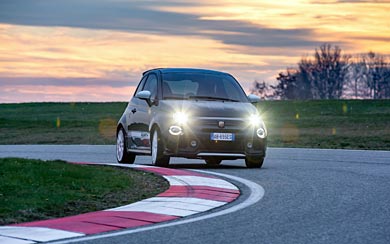 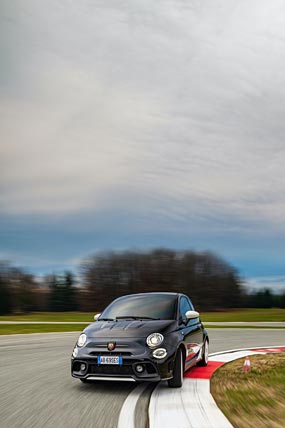 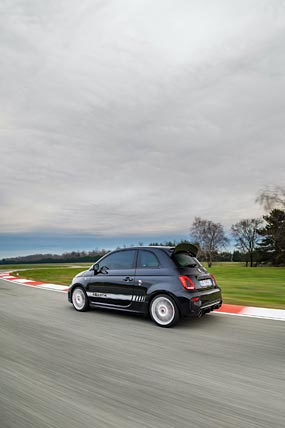 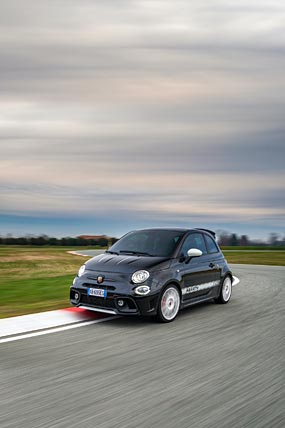 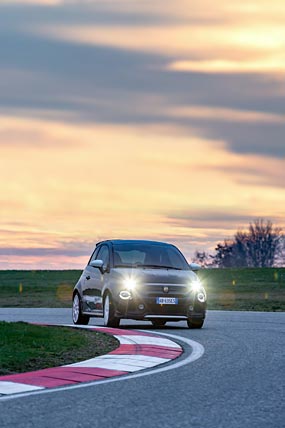 Fiat Abarth’s combustion-powered 500 lives on with a new 695 Esseesse flagship model. Despite the release of the electric only Fiat 500, the fuel powered hot hatches that have been part of the Fiat Abarth family since 2007 are continuing on for at least a little while longer. Could the 2021 695 Esseesse be the signal the end is coming?

The most notable new feature for the 695 is the perky rear spoiler. Officially called the ‘Spoiler ad Assetto Variabile’ customers will be able to adjust the angle of attack of the spoiler anywhere between zero and 60 degrees.

Under the hood is Abarth’s most potent version of their 1.4L turbocharged inline 4 engine, producing 178 hp and 184 lb-ft of torque. It all goes through a five-speed manual gearbox to the front wheels as normal, and will propel the small and lightweight hatch from 0-62 mph in 6.7 seconds. 17-inch wheels finished in white come as standard with red Brembo brake calipers and Koni dampers. For exterior colour choices you can have anything you want as long as it’s black and grey.