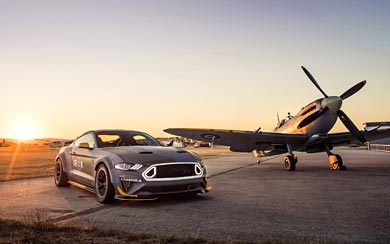 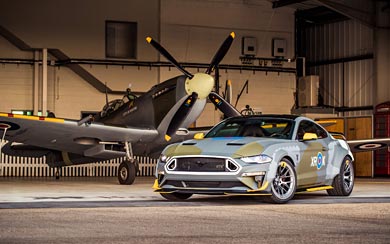 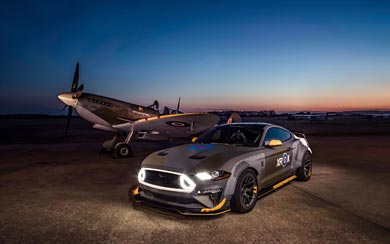 The Eagle Squadron Mustang GT pays tribute to the group of volunteer pilots, who in World War II flew combat mission alongside the Royal Air Force before the US had officially entered the war. The squadron operated from airfields close to Goodwood, the place where the car will be unveiled for the 2018 Festival of Speed. The livery is inspired by the fighter aircraft of the time. alongside the use of exposed rivets on the bodywork.

Setting this MIstang apart from the others is a carbon fiber wide-body kit made by RTR, various front chins spoilers and splitters and a gurney lip for the rear spoiler with large diffuser. Perhaps most striking is the front grill, which houses an illuminated frame that lights up highlighting the form of the grill like never before.

Under the bonnet the 5.0L V8 has been fitted with a Ford Performance supercharger kit that up the power to 700 horsepower. Containing that extra power is a short-shifting six-speed manual transmission and a heavy-duty rear axle. The suspension has been lowered and blessed with adjustable MagneRide dampers and RTR sway bars. The wheels are 20 inch in size wrapped with 285/30 Nitto NT555 tyres at the front and 305/30 rubber at the rear.