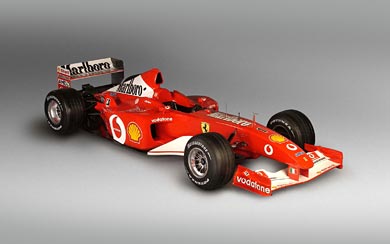 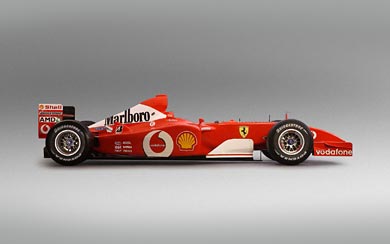 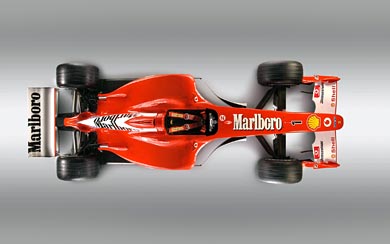 The Ferrari F2002 was one of the most successful Formula One car designs of all time. Designed by Ross Brawn, Rory Byrne and Paolo Martinelli, it won fifteen Grands Prix, from a total of nineteen races in 2002 and 2003.

The car was much lighter than its predecessor, the F2001. Powered by a 3.0 litre V10 engine which had a very low centre of gravity, the F2002 had excellent handling. The new 051 engine was not the strongest engine of 2002, but it was lighter, more compact, very fuel efficient and very driveable. Bridgestone developed special tyres, suited specifically for the car. Aerodynamically, the Ferrari was well ahead of the contemporary Williams-BMW but perhaps a little down on power, and on a par with, or slightly ahead of the 2002 season’s McLaren car.

Prior to the introduction of the F2002, Ferrari had used a revised version of their championship winning Ferrari F2001 for the first few races of 2002.