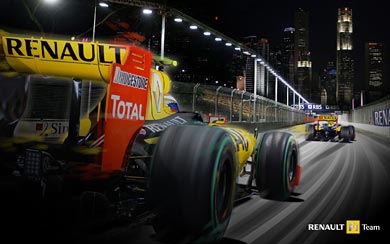 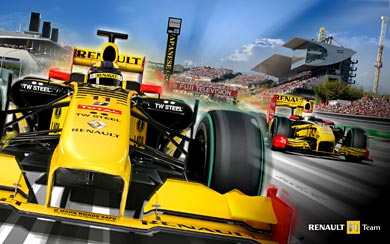 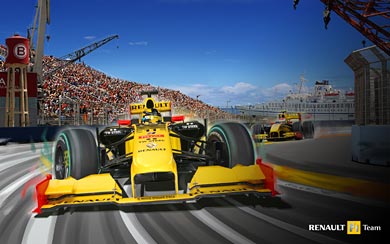 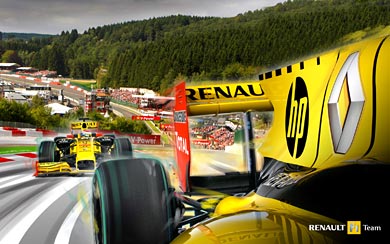 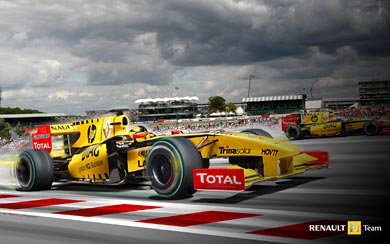 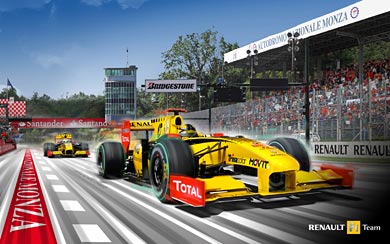 The Renault R30 was a Formula One motor racing car designed and built by Renault for the 2010 season, and was driven by Robert Kubica and rookie Vitaly Petrov. The car was unveiled on January 31, 2010 at the Circuit Ricardo Tormo in Valencia.

At the Belgian Grand Prix, Renault introduced the F-duct on the R30, having been postponed since Silverstone due to inefficiency.

It was immediately obvious that the R30 was more competitive than the R29. Robert Kubica enjoyed a string of strong finishes early in the year and Renault established themselves as the main rivals of Mercedes for 4th in the Constructor’s Championship. However, Renault had to settle for 5th by season’s end but Kubica’s and Vitaly Petrov’s double-points-finish in the final race of the year capped off what was an encouraging season for the team which struggled so sorely in 2009.

A complete chassis was leased to Pirelli for the 2012 Formula One season, to be used by the tyre manufacturer as its test car. The car was tested by Jaime Alguersuari and Lucas di Grassi at several European racetracks, including Jerez, Spa, Monza and Barcelona.