Download Team Lotus Formula 1 car wallpapers in HD for your desktop, phone or tablet. All images belong to their respective owners and are free for personal use only. 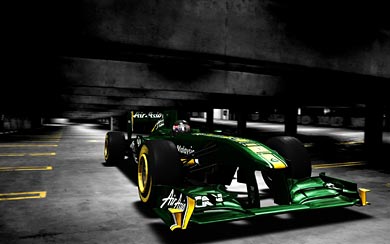 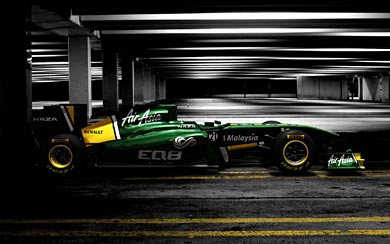 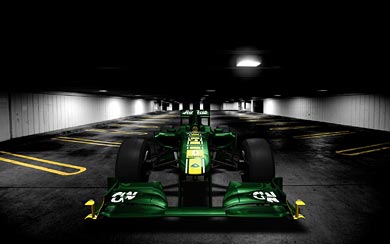 The Lotus T128, known prior to its launch by its project number TL11, is a Formula One motor racing car designed by Mike Gascoyne for Team Lotus for use in the 2011 Formula One season. 2011 saw the car abandon its Cosworth engine in favour of one developed by Renault. The T128 was launched online on 31 January 2011. Team Lotus retained an unchanged driver lineup in 2011, with 2010 drivers Heikki Kovalainen and Jarno Trulli racing the T128. It was confirmed that the team would start the season without the Kinetic Energy Recovery System, but senior figures suggested they would adopt it if the car proved successful,however the team continued for the rest of the 2011 season without KERS. The team changed from the Cosworth CA2010 engine used in 2010 to the Renault RS27 series, as well as exchanging a transmission developed by X-Trac to one built by Red Bull Technologies. The design of the T128 also incorporated a “bladed” rollbar similar to the one developed by Mercedes in 2010, but thicker and with sturdier air intakes to conform with FIA regulations.