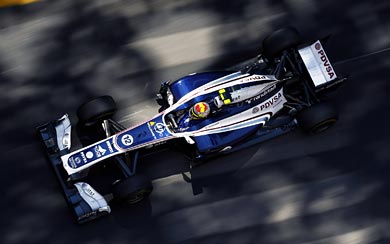 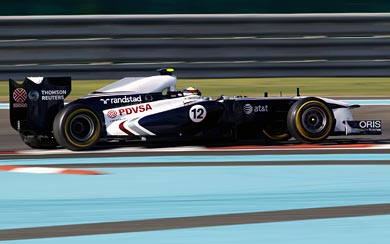 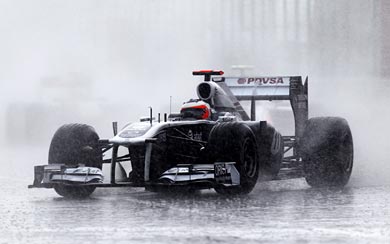 During the course of the season, it became clear that the car was much less competitive than Williams FW32 as the car tended to lack pace and struggled in races. Both drivers retired from the first two races of the season. In the next three races, both drivers finished, but failed to score any points. This made it the worst start to season in the history of the Williams team. Monaco saw an improvement in the team’s fortunes as Barrichello finished 9th. It could have been a double points finish for the team, but Maldonado retired after a collision with Lewis Hamilton, but was classified in 18th place after finishing more than 90% of the race. The same result also occurred in the chaotic 2011 Canadian Grand Prix where Barrichello finished 9th and Maldonado again retired after he spun off during the race. No more points were to come for the team until Spa, where Maldonado scored his first point with tenth place. This turned out to be the FW33’s final point in F1; the team eventually finished the year ninth in the World Constructors’ Championship standings, with five points, the team’s lowest finish since its inaugural season in 1978.