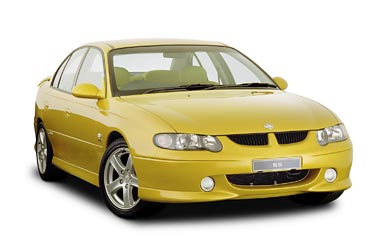 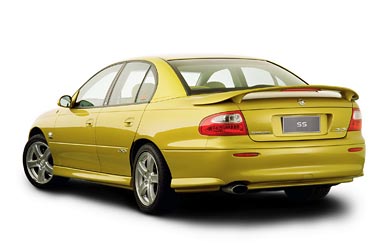 The Holden VT Commodore, Berlina, and Calais are the tenth iteration of the Holden Commodore, a full-size car built by Holden, the Australian subsidiary of General Motors. Released in 1997, the VT was updated as a part of the VT II revision in 1999, before being replaced by the VX model in 2000. In 1998, the VT formed the basis of a prototype that became the catalyst for the re-introduction in 2001 of the Holden Monaro coupé—a nameplate on hiatus since 1977.

The VT series was awarded the 1997 Wheels Car of the Year, resulting in the fourth time that this award was won by the Commodore. It found ready acceptance in the market as many buyers steered away from the Ford AU Falcon, becoming the best selling Commodore to date and cementing its place as number one in Australian sales.

The VT project was the outcome of an A$600 million development program that spanned more than half a decade. The new model sported a rounded exterior body shell, improved dynamics, and many firsts for an Australian-built car. A stronger body structure, 30 percent stiffer than the VS increased crash safety.

As with previous Commodore models, Holden looked to Opel in Germany for a donor car. The VT series was derived from the Omega B by broadening that vehicle’s width and adapting the mechanical setup for Australian conditions.

In 1999, the VT wagon platform served as the basis for the second generation Statesman and Caprice luxury cars. This third generation Commodore also formed the basis for the resurrection of the iconic Monaro coupé from the 1960s and 1970s. Presented as the "Holden Coupé" concept car at the 1998 Australian International Motor Show held in Sydney. Overwhelming public interest resulted in the coupé finally reaching production in 2001 as the Monaro albeit based on the VX series (in turn, generating exports to the United States as the "Pontiac GTO").