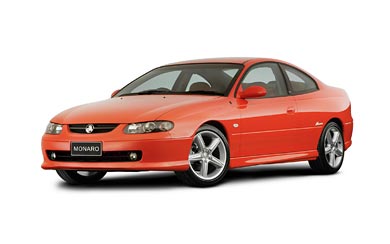 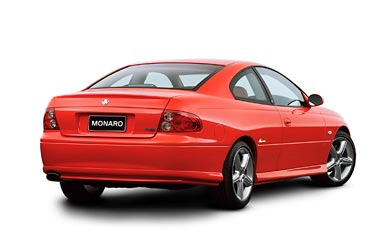 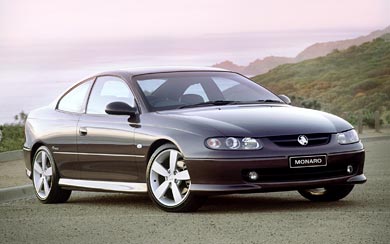 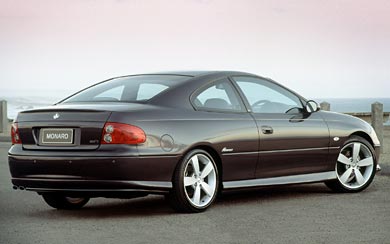 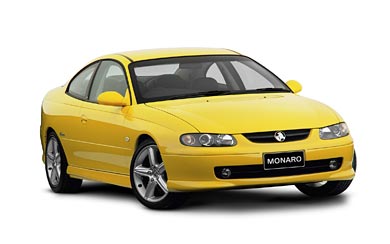 Some 20 years had passed before the Monaro reappeared in the form of a Holden Commodore Coupe prototype, codenamed ‘Matilda’, that was shown at the Sydney Motor Show in 1998. Using the existing VT-series Holden Commodore, already based on the Opel Omega B modified chassis, journalists quickly christened it the Monaro, encouraging Holden to build it. Public interest in the car grew and orders came flooding in. Eventually, Holden took the Matilda and redesigned it for production and by 2001 (by then based on the VX-series Commodore, the V2 series Monaro was launched after General Motors spent A$60 million over a 22-month gestation period (although 12 to 18 were targeted).

It was available in CV6 with a supercharged 3.8 L V6 supplied with a 4-speed automatic transmission only (production ceased in mid-2004) and CV8 model featuring the 5.7 L Gen III V8, with a choice of a 6-speed manual or 4-speed automatic gearbox. A series 2 model debuted in early 2003 with a revised dashboard from the VY-series Commodore, a new wheel design and some colours dropped and new ones added. The CV6 model was dropped after disappointing sales (reputedly 10 times as many Monaros were built as CV8s) when a Series 3 model appeared in 2004. Two special edition CV8-R Monaros were released, the first in a grey colour and the second in a more muted red. Each had special wheels and other distinguishing features.