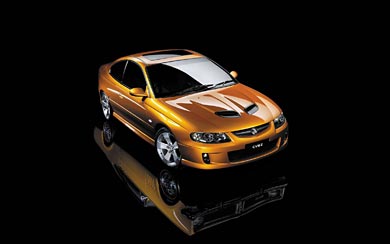 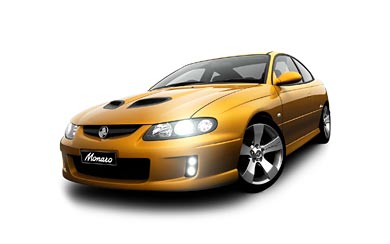 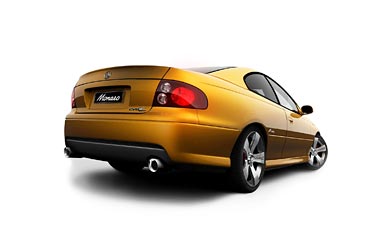 The series 2 Monaro model debuted in early 2003 with a revised dashboard from the VY series Commodore, a new wheel design and some colours dropped and new ones added. The CV6 model was dropped after disappointing sales (reputedly 10 times as many were built as CV8s) when a Series 3 model appeared in 2004.

A HSV version (not called Monaro but Coupe) in 'GTO' (255-297 kW) and 'GTS' (300 kW tuned by Callaway) versions debuted soon after the "series 1" Monaro editions, with higher output 5.7 L engines and unique body kits. Later the 'GTS' version was dropped but a four-wheel drive version called 'Coupe4' appeared. Two special edition CV8-R Monaros were released, the first in a grey colour and the second in a more muted red. Each had special wheels and other distinguishing features.

The hottest Monaro was the HRT 427 (Holden Racing Team 427ci) this was a supercar version of the Monaro built by HSV, this car used the 427 ci (7 Litre) C5R Chevrolet racing engine modified by HRT and HSV to suit the Aussie coupe. The HRT 427 had two seats, a semi roll cage, race suspension, racing brakes and ram air induction as well as other things. This supercar was quicker than a Ferarri 360 Modena and Lamborghini Gallardo. It had 420 Kw and could sprint to 100 km/h (62 mph) in under 4 seconds. Unfortunately, to the disappointment of Holden fans it was killed off due to high prices. However a GT racecar version of the HRT 427 went on to win the 2002 and 2003 Bathurst 24 hour against many world class race cars including Porsche GT3's, the British Mosler MT900R, the Ferarri GT Modena and the Lamborghini GT Racecar. Proving it really could have been a world beating car.