Download Honda HSC Concept car wallpapers in HD for your desktop, phone or tablet. All images belong to their respective owners and are free for personal use only. 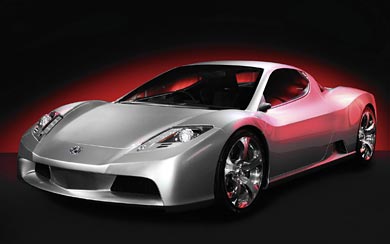 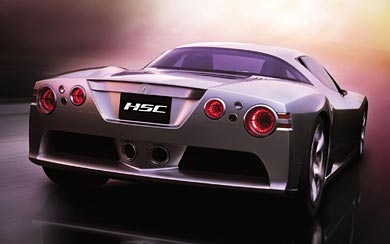 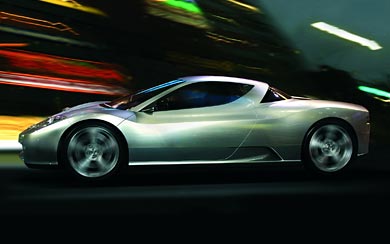 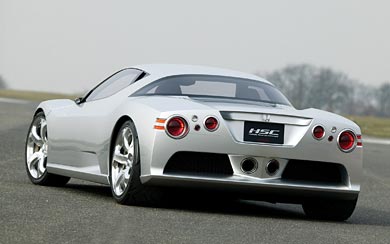 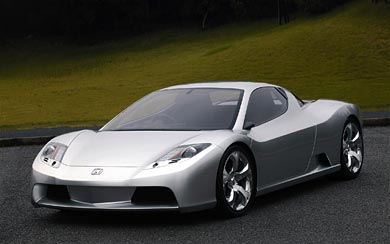 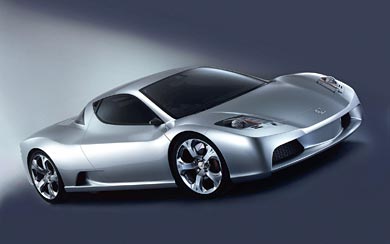 The Honda HSC (Honda/High-performance Sports Concept) is a sports car concept that was initially unveiled at Japan’s Tokyo Motor Show in 2003. Most of the automotive media immediately speculated that it was designed to be a replacement for the Honda NSX, although Honda never confirmed it.

The 2003 HSC featured a light weight, mid-mounted aluminum 3.5L V6 VTEC engine, with a 6 speed transmission controlled by either an F1 style paddle shifter on the steering wheel, or a unique dial shifter on the center console. When shifted into reverse, the navigation system’s adjustable flat-panel screen in the center console becomes a display for a rear mounted camera. Abundant leather and aluminum trim pieces round out the interior, an all aluminum frame with carbon fiber body panels keep it light, and scissor style doors affirm its supercar status.

The development of this car into the next evolution of NSX appeared to stall for two years. However, the July 2005 announcement by Honda CEO Takeo Fukui indicates the 2003 HSC was only a test concept in the bridge from the existing platform to the next. Fukui revealed the new car will be powered by a Honda Racing F1 Team-inspired V10 and could be ready between 2007-2009.