Download Infiniti G35 car wallpapers in HD for your desktop, phone or tablet. All images belong to their respective owners and are free for personal use only. 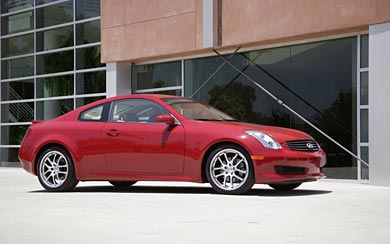 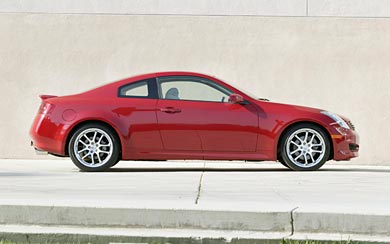 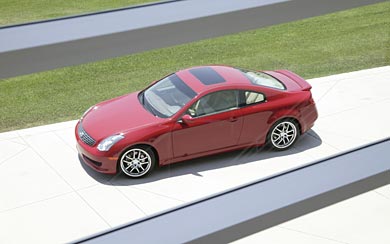 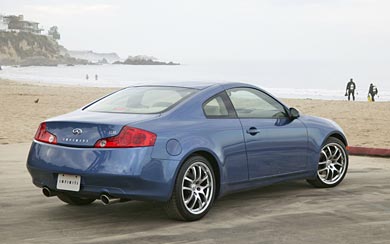 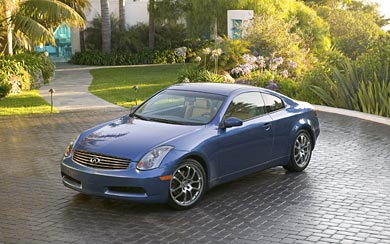 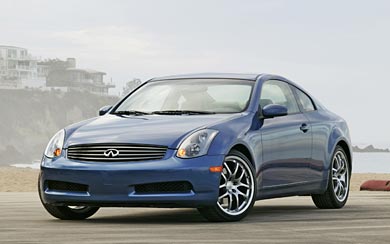 Known as the 11th generation (V35) Nissan Skyline in Japan and other names elsewhere in the world, It is available in either sedan or coupe body styles.

There are not many differences between the 2003 & 2004 G35 coupes. Both 03 & 04 6MT come standard with Brembo Brakes and the Performance Tire and Wheel Package. On the 2005 coupes, there were three new colors, 'Athens Blue', 'Lakeshore Slate' and 'Serengeti Sand', replacing 'Twilight Blue', Caribbean Blue, and 'Desert Platinum'. Also, Willow Cloth was removed and Stone interior was available. For the 2005 models, there were sportier gauges and better interior trim and knobs. Genuine Aluminum trim replaces "tinted" interior trim. Also, rosewood trim is available as a package on the 2005 models. The Brembo Brakes were removed for the 05 & 06 models. Instead, Sport-Tuned Suspension Package was standard on all 6MT models. The 2006 models received minor updates. On the exterior there were new headlights, taillights, spoiler, and front bumper. Bluetooth capability was added to the interior, for hands-free phone use. Rear active steering was also an option for the '06 5AT.