Download Infiniti FX50 car wallpapers in HD for your desktop, phone or tablet. All images belong to their respective owners and are free for personal use only. 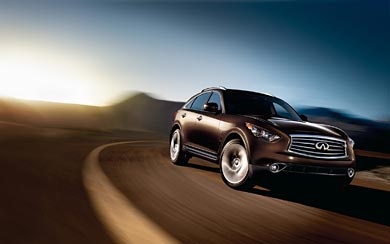 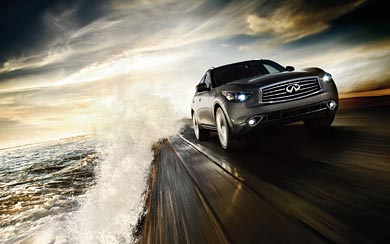 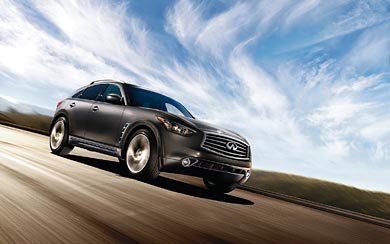 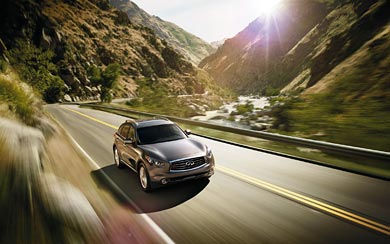 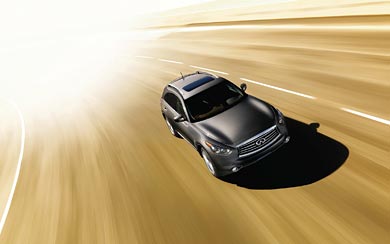 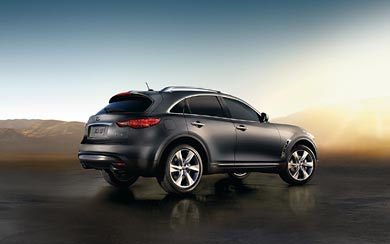 After four successful years as Infiniti’s icon and top-selling model in Europe, the Infiniti FX for 2012 is bolder and more distinctive than ever. The FX’s first makeover since UK sales began in 2009, a package of enhancements brings a new focus to its unique blend of passionate design, inspired performance and modern luxury.

More akin in appearance to a sports car than boxy crossover, the FX for 2012 boasts even more street presence than the outgoing version thanks to carefully-wrought changes to the front-end design, along with bold new colours and an exclusive new design of alloy wheel. The expressive new look has been achieved by reprofiling the bumper section and subtly changing the grille, based on a design explored by the influential 2009 Infiniti concept car, Essence.

Sporting appeal is reinforced on GT and GT Premium derivatives with a new five double-spoke design of 20-inch wheel. S versions, with the availability of rear Active Steering (RAS) among a long list of handling-oriented features, stay with their distinctive 21-inch wheels. More choice for FX owners is offered with the latest exterior paint colour, Iridium Blue. It is Infiniti’s newest Scratch Shield finish and available exclusively on the FX. Graphite Shadow is also additionally available on all FX models.