Download Infiniti Q50 car wallpapers in HD for your desktop, phone or tablet. All images belong to their respective owners and are free for personal use only. 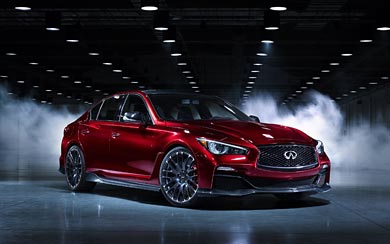 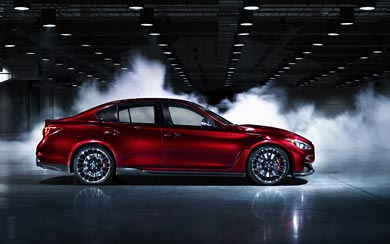 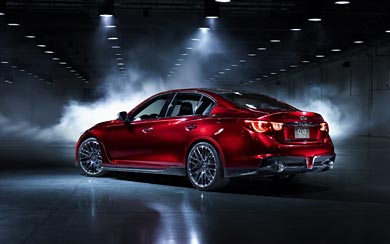 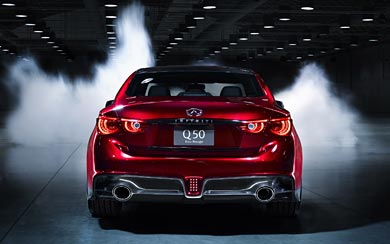 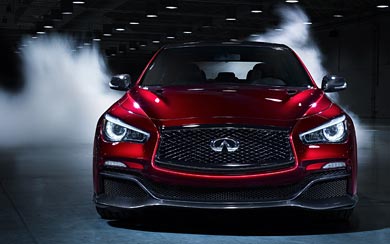 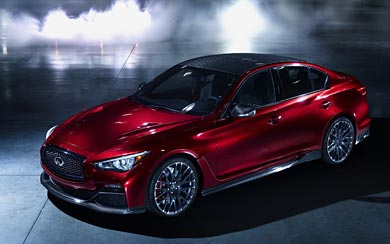 Featuring bespoke aerodynamic carbon fiber bodywork, Q50 Eau Rouge is lower and wider, possessing genuine road presence. This striking design is inspired by muscularity, aerodynamics, refinement, and understated power. Almost every exterior panel is bespoke to the Q50 Eau Rouge, with only the front doors and the arch of the roof pillars retained as standard components.

“If we built this car I would expect it to feature over 500hp and 600lb/ft of torque. Through our various alliance partners we have access to a range of engines featuring this performance capability which, with a fair amount of engineering effort, can be developed to exhibit Infiniti character and accommodated within the Q50 engine bay. The engine we are evaluating for the Q50 Eau Rouge is a big personality, V-cylinder engine with forced induction. I think our engineers have been waiting for a project like this,” said Johan de Nysschen, President of Infiniti Motor Company Limited.