Download Jaguar XJ220 car wallpapers in 4K for your desktop, phone or tablet. All images belong to their respective owners and are free for personal use only. 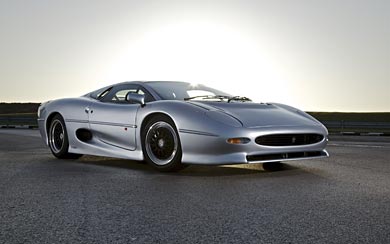 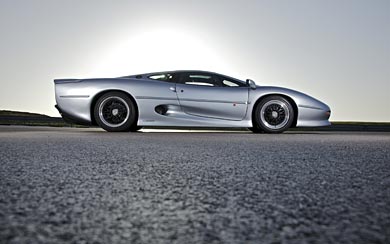 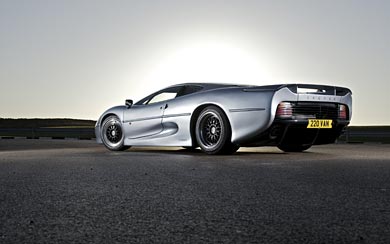 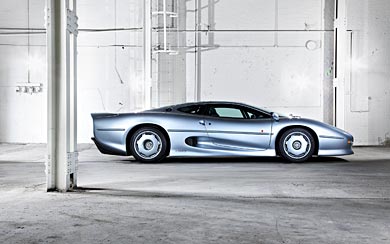 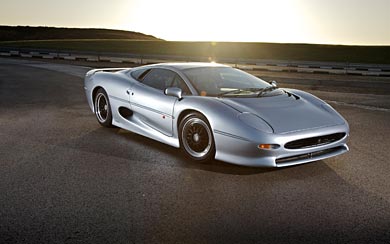 The Jaguar XJ220 is a mid-engined supercar produced by Jaguar in collaboration with Tom Walkinshaw Racing as Jaguar Sport between 1992 and 1994. It held the record for the highest top speed of a production car (350 km/h, 217 mph) until the arrival of the McLaren F1 in 1994.

In the early days of the company, certain Jaguar employees had created an informal group they called “The Saturday Club”. In the 1980s, Jaguar’s chief-engineer Jim Randle, as part of that group, began work on what he saw as competition for cars like the Ferrari F40 and Porsche 959. He envisioned what was essentially an updated XJ13 – a lightweight two-seater with a powerful mid-mounted V12 engine. Randle expanded on the idea by settling on all wheel drive for increased traction and better handling and an integral safety-cage so the car could be safely raced at extremely high speeds. From the outset, the intention was to create a vehicle capable of exceeding 320 km/h (200 mph).

With the promise of four wheel drive and a 500bhp Jaguar V12 this sounded like a dream come true for enthusiasts and speculators alike. Unfortunately, when production finally began in the early 90s, the boom had gone and Group B (for which the XJ220 was originally conceived) had disappeared. Not only this but Jaguar had made the bizarre decision to ditch the 4wd and replace the V12 engine for a Turbo V6. This led to disgruntled customers, many of whom launched court cases against Jaguar, only to lose, and ultimately unsold 220s.