Download Jaguar XKR car wallpapers in 4K for your desktop, phone or tablet. All images belong to their respective owners and are free for personal use only. 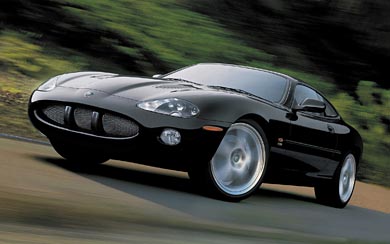 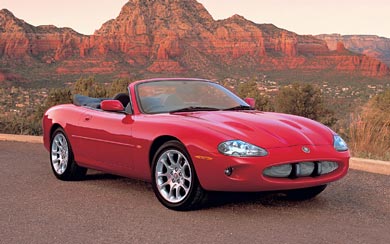 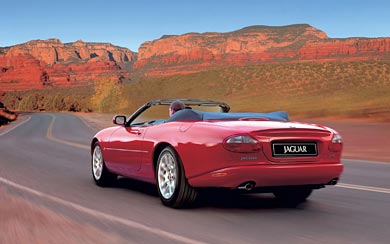 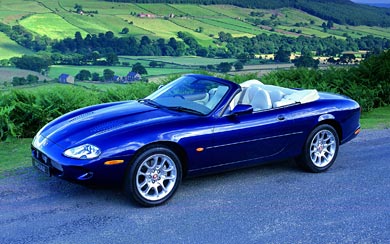 When the XK8 was introduced in 1996, it set new standards in the luxury sports car market. Two years later, the supercharged XKR lined up alongside, raising levels of driving excitement, style and performance still further. Now, for the 2003 model year, comes an extensively revised successor to the beautiful coupe and convertible XKs that have so delighted owners and bystanders alike.

The latest R Performance range of options (available on both XK8 and XKR)includes unique Recaro seats, high performance Brembo brakes (now standard on the XKR)and a package of interior details with sporty aluminium or leather finishes. A handling package that uprates suspension and steering is available on coupe models only.

The new 4.2-litre XKR engine uses a rotor-type Eaton supercharger, belt-driven from the front of the crankshaft. It also features two industry firsts on a production car supercharger helical rotor gears for low noise, and coated rotors for increased efficiency. These innovations have contributed to a supercharger speed five per cent greater than that of the supercharger in the 4.0-litre engine, further benefiting volumetric efficiency.